So many people are writing memoirs these days because they’re ready to tell the world “all about me.” Before they even graduate from college. I wonder what they plan to say. I see that some MFA programs are offering courses in memoir writing. How discouraging it is to think there are enough self-centered people to justify such vanity fair courses. 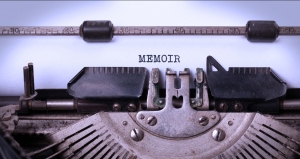 If even half of the derring-do fantasies I had before I graduated from college were true, I might have enough for a memoir, say, James Bond and Rocky and Dirty Harry rolled into one. Some people, for better or worse, have exploits, over-the-top trials and tribulations, feats of extreme bravery, and inexplicable miracles to write about. Okay, so the memoir may not be a vanity thing.

I’m still suspicious about the memoir writing fad. Yes, I know, we all have things to say, but that doesn’t mean all that will fit into a book that the public cares about. Well, maybe it’s a “seeking closure” thing, cheaper than or in addition to psychoanalysis. Yet, is there a viable market for that?

Memoirs make me think of people who are all talk but no action. They have plans, great plans, but nothing comes of them. Sure, one can write a memoir called I Always Missed The Bus, but will it sell? And is it vain to think that it would sell? Especially if the prospective memoir writer “hasn’t done enough” to even get into Wikipedia?

The wonderful people most of us know don’t need the validation of a memoir or a Wikipedia entry to keep being wonderful. Those who could write and sell a million copies of a memoir are often the last people willing to do it. Telling people “all about me” isn’t who they are.

Memoirs can be very inspiring, even educational or motivational. Call me cynical, but I don’t think we need everyone’s life story in print. “All about me” is really a turn-off kind of thing (at best).