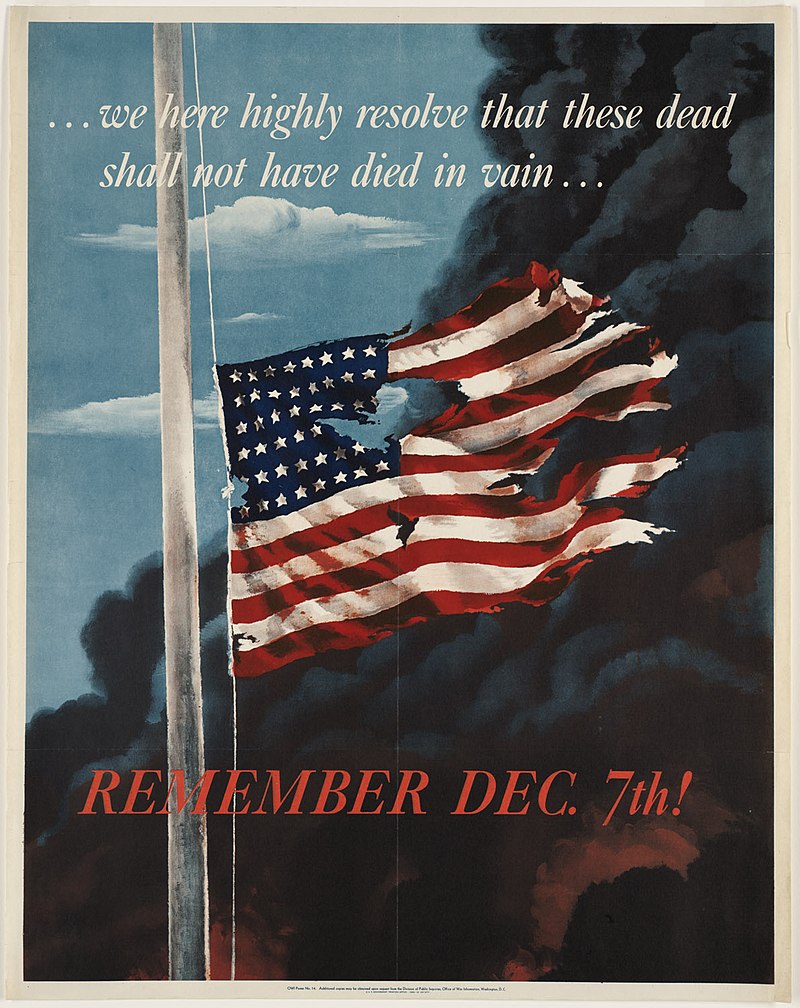 My wife an I spent a wonderful Thanksgiving week with my daughter and her husband and my granddaughters in Maryland. We hadn’t seen the family in two years due to my cancer radiation treatments and the COVID pandemic. We spent a lot of time just hanging out at their house enjoying being together again. Johanna’s husband Kevin fixed the Thanksgiving dinner after which I told him that if he wants a new career path he can become a chef. 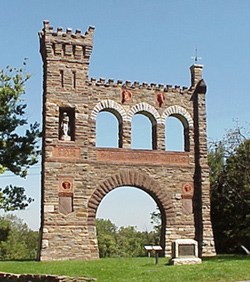 My daugher, who admits she is a planner, set up some great activities. I already posted about the pinball games in the grocery store. We visited a museum of civil war medicine, the war correspondents memorial arch at the Antietam Battlefield park, and enjoyed walking through the beautiful festival of lights at nearby Gaithersburg.

Both granddaughters (Freya and Beatrice) are enjoying their ballet. In fact, both of them are dancing in the Metropolitan Ballet Theater’s production of the “Nutcracker” and “The Nut Cracker Suite this past weekend and next weekend in Rockville, Maryland.

Both of them like puzzles, Bebe (Beatrice) likes morning “nature walks” with her mother, and Freya carries around a sketchbook which she focusses on with persistance and passion. Both of them smile a lot and play together in a way that makes me smile and try to remember what life was like when I was that young.

Fortunately, our flights up and back went smoothly and were on time. Standing in the TSA line, especially at Reagan airport in DC, was tiring, and tedious. Flying while wearing a mask, while no doubt necessary, was unpleasant. While we were gone, our three cats were

checked on daily by a neighbor friend just down the street. We’re both still tired from the trip. Not long after we got home, I fell asleep in the living room recliner and the cats all climbed aboard.

What a great Thanksgiving! The granddaughters grow and change to fast, we don’t like missing out on visits. Their parents grow and change, too, but I’ve been instructed not to take pictures of them. I may have accidentally taken a couple <g> but I’m not posting the evidence here. Lesa and I hope we can dream up some more great experiences for next year, hopefully with fewer pandemic mandates and other hassles, perhaps at a place without those low temps and cold winds.

Here’s a sleigh full of gift ideas, all available in e-book, audiobook, paperback, and hard cover editions. Click on the graphic to buy the books from Amazon. You’ll also find them online at Barnes and Noble and other venues.

If you like organic foods, you probably shop at MOM’s Organic Market if there’s one in your area. They’ve been around since 1987, so they know what they’re doing.

However, if you live in or near College Park, Maryland, you have a special treat if you like real pinball machines–as opposed to the rather flat and phony versions on line.

MOM’s founder Scott Nash loves pinball. So when he opened up the College Park store (his 19th location at the time) he created a special room for 25 of his mint condition 1970s/1980s pinball machines. Hint: it’s on the left side of the store past the easy chair room. Most of the games cost 50₵, though a few are 25₵.

In the area to visit my daughter and granddaughters, my wife and I went to the store and went through $10 worth of quarters in a few minutes. (They have a change machine.) And, we were happy to see that the grandchildren are learning what quality entertainment is all aboutwhile eating good food.

There are leagues and the site also has a Facebook page.

We had a very enjoyable trip and a great Thanksgiving with family after missing seeing them last year due to COVID.

As an old time journalist, my alter ego Jock Stewart loves pinball almost as much as he loves puns an making fun of the bad people in government,

Best wishes for a happy Thanksgiving.

The stranglehold doctors and pharmacies and the feds have on prescription drug is always hard to navigate through, much less cope with.

Our only hope is that the doctor will call in a new scrip. Meanwhile, the situation causes a lot of stress. My libertarian viewpoint is that we should be able to buy the drug without a prescription. First to avoid the hassle that occurs when things screw up. Second to get drugs available out of the control of big pharma and find a way to take bottles of pills that cost pennies to make away from those who charge thousands for a handful of pills.

The system is broken in so many ways. But, the fix is a political football. Meanwhile, a lot of people are hurting.

Richmond’s Hollywood Cemetery, a lovely place in the garden style, has 18,000 Civil War dead buried there including well-known generals and Presidents James Monroe and John Tyler. When my wife and I visited Richmond in 2017, we included the cemetery and spent a considerable amount of time walking past huge memorials and simple graves. It’s hard not to feel the presence of the dead in this sacred ground, especially the row upon row of enlisted men who died at Gettysburg.

The name “Hollywood” comes from the Holly trees on this former estate from which the cemetery was created in 1847.

I was surprised to find a memorial bench dedicated to my former teacher and friend Michael Shaara there. Some people think it doesn’t belong. Others disagree, including me.  The bench is there because of Shaara’s coverage of the battle of Gettysburg in his Pulitzer Prize (1975) winning novel The Killer Angels.

The inscription reads: “Dedicated to Michael Shaara. Author, who so poignantly reminded us of the mortal sacrifice made by the soldiers who valiantly fought at Gettysburg, Pennsylvania. July 1st-3rd 1863.”

The bench was placed there next to General Pickett’s monument by the Pickett Society.

Looking at the novels by James Rollins, Dan Brown, and Katherine Neville, one finds a common thread that includes ancient secrets, modern-day conspiracies, hypothetical explanations for gaps in recorded history, and experts with a lot of knowledge to explain to the reader and many of the characters the significance of what is being found and how dangerous it is for the world if the secrets turn out to be worse than we thought. 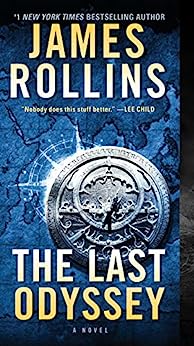 James Rollins The Last Odyssey focuses on Homer’s stories and suggests that the events really happened and, worse yet, that the powers of the gods were actual and, if found, would tip the balance of power today.

While I enjoy reading these novels and playing “what if” on a huge, global scale, the research involved just to nail down the known facts is more than I want to tackle.

Consider the research you woul have to do if your “what if” is “What if Leonardo Da Vinci drew a preliminary version of today’s F-150 pickup truck and that ‘the bad guys’ stole these plans and made a protetype that used Greek Fire as for fuel”?

Typically, the story might begin when a mechanical genius who is researching old records of the Ford Motor Company and uncovers “something odd about” the F-150’s predecessor truck, the 1950 model F-3. Let’s say that its revelopment moved along faster than it should, based on the scienceof the times. This leads the researcher to the personal libraries of the truck’s designers and one of them had a passion for Da Vinci.

As you’ll see after reading many of these novels, thbe minute somebody finds about about the designer’s passion for Da Vinci, massive forces and organizations will appear to steal the records, destroy the records, or use them as the basis for negative technology that might alter the universe. There are gun fights, people are captured, reseachers travel to Rome and gain entrance to the Vatican library, etc. Needless to say, finding the true nature of the Ford F-150 and its predecessor  Bonus Built trucks is a race against time.

Feel free to take this idea and run with it. If you end up writing a successful novel with a title like “Found On Road Dead,” good for you. Please mention me in the acknowledgements. It’s all yours because I just don’t have the patience to do the research. Goodness knows, my four hoodoo books set in the 1950s Florida Panhandle required more fact finding than anyone might guess.

I can see, though, why books in this genre (whatever it might be called) are popular. People love conspiracies, knowing secrets, and being the first to solvce old mysteries. Especially those that show us that old myths really weren’t myths.

Have a great week.

My family makes Christmas lists because we live so far apart, it’s hard to keep up with what we’re reading. So, we go out to Amazon or Barnes and Noble and find suggestions for each other. In addition to that, here are a few ideas:

My books are published by traditional publisher Thomas-Jacob and are all available in paperback, hard cover, e-book, (Kindle and Nook) and audiobook. Ingram tells us that supply chain problems may impact the delivery of hard cover editions, so if you want those, order them earlie rather than later.

See my page in the Thomas-Jacob catalogue for more ideas.

Facebook and other online venues were filled with Veterans Day graphics yesterday. Some people went further and told of their parents’ and grandparents’ service. I like seeing those graphics and stories because they give me hope that a fair number of people see the holiday as more than a day off work and appreciate the work service members do on their country’s behalf.

One poll from 2019 shows that 49% of the veterans surveyed don’t like being thanked for their service. Basically, they feel awkward about it and don’t really know how to respond. I don’t mind if people say that to me, but in a way it’s become a cliche like saying “I’m sorry for your loss” to the family that’s experienced a death.

The consensus seems to be that armed forces composed of volunteers end up with better (and/or more committed) people and less turnover; and then , too, those who serve get help with college and with or without college bring their skills training back into the workplace. Perhaps Veterans Day discussions remind us that while there are many health and related issues suffered by veterans that need to be better addressed, most veterans are not living on the street with PTSD and substance abuse problems.

This day also reminds us that more and more women are being permitted to serve in areas that used to be off limits to them. Personally, I think that everyone who volunteers should have the same rights and opportunities. Reading stories about female fighter pilots and admirals is a positive thing.

Veterans Day focuses our attention on the needs we have for a military as well as on the beliefs of those who feel called to serve.