I’ve been going ’round and ’round with a few people on Facebook who believe New Year’s Eve marks the beginning of a new decade. I say it doesn’t. They say it does. But, no matter.

Whatever is being marked by New Year’s Eve can be marked with a symbolic step toward your hopes for 2020. 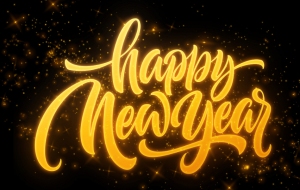 My symbolic step was to open a doc file containing the first two chapters of a novel I’ve been blocked on for the better part of the year. My symbolic step was writing a new beginning. Now, my mind sees the book as underway again rather than stalled.

I still don’t know whether my radiation and hormone treatments got rid of the cancer. Tests near the end of January may give me a clue. But using a Cancer Navigators program called iThrive, I’ve taken steps to improve my diet, my supplements, and other things that should have a positive effect on my health.

Perhaps most of us are in this boat at the end of a calendar year with plans for the texture and ambience of the following year. Affirmations work best when we take symbolic steps to jump-start them. Those who want to quit smoking, throw out their last cigarette. Those who want to quit drinking “too much,” throw away the last inch in a bottle of booze. There are a hundred ways, perhaps a million ways, to add power to the affirmations we’re making for tomorrow.

They need not be earthshaking because small steps can lead to large results. Whatever your hopes are for 2020, I hope you realize them.