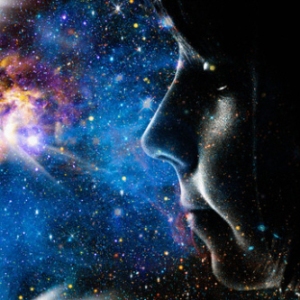 But I usually don’t because I don’t want to argue or freak people out. I want to say, “The world is vaster than we know and so are we,” but again, that scares people even though it speaks of a wondrous, seemingly infinite unity and breadth of the soul to me.

Some early Christians believed in reincarnation, but that belief–like many others–ended up on the cutting room floor. During my more volatile youth, I said that I thought the church where I grew up was–without malice–leaving out most of the big picture. This caused me no end of trouble. Outside my fiction, it has, more often than not, been better to keep silent since then.

In the old days, there was a fair amount of malice and politics destined to police what people thought and felt. I’ve read a lot of historical accounts of this, but frankly, I’ve never understood the uproar about differences in beliefs and interpretations. Such feelings have come around again in today’s political arena in left vs. right debates. So I understand how mob mentality works, but I don’t understand how one’s fear can be so great they need to join the political or religious mob.

It seems likely to me that the people who are important in my life now might well have been important in another lifetime many years or centuries ago. If so, this would make us a timeless extended family whether we recognize each other or not. I think a lot of people ponder this, though many of them discount it because they don’t consider the idea might be true.

Knowing whether it’s true or not probably isn’t required for us to live spiritual, highly moral lives. If I knew you in ancient Rome, I’ll still treat you fairly today even if I’m consciously ignorant of our previous friendship or previous discord. Our decisions are based on who we are right now. Or, at least, that’s how I see it. However, I think people tend to communicate with each other at an unconscious level or even in their dreams and that this impacts many of their “real world” decisions and ideals.

But maybe not. It has always seemed better to me to believe that what I don’t know about the true workings of the universe will always be greater than what I know about them. I don’t like the word “impossible” because it doesn’t seem true to me even though I don’t know why it isn’t true to me. Have we met before?

Maybe so, but I don’t know where or when. Perhaps we can say, ““We’ll always have Paris.” We might have had something, somewhere. Odds are we did.

Malcolm R. Campbell writes magical realism novels (are you surprised?), the next one of which (“Lena”) will be released August 1 by Thomas-Jacob Publishing.

4 thoughts on “Have we met before?”