Uncle Hugo’s, the oldest independent science fiction and fantasy bookstore in the US founded in 1974, burned down during the recent riots protesting police brutality and racism in the wake of the shocking death of George Floyd during a police arrest in Minneapolis.

I suspect outside agitators rather than protesters did this. Apparently, no police were present. On TV shows, the cops find the perpetrators via recordings from traffic and security cameras. That probably won’t happen here or at any of the other stores looted or burnt and watched live by 24-hour news station viewers.

The irony, of course, is the number of black-owned businesses that have gone up in flames: not exactly a plus for the Black community is it?

The cities that allowed this destruction failed to protect the populace. Perhaps metro governments should pay for the peoples’ losses. On a hopeful note, this is a good sign: Donations to businesses destroyed by looters and rioters on Minneapolis’ Lake Street surpass $2M

A long-time online friend of mine is leaving Facebook because she’s tired of the toxicity there, among other things. I know what she’s talking about because those there who don’t like your point of view often respond with abusive comments and nasty threats. 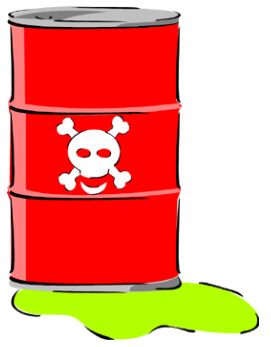 My parents used to tell me that if a comment wasn’t inappropriate for the family dinner table, I shouldn’t say it.

Since I still believe that, I notice the toxic comments and slanders that are commonplace on Facebook, the comments sections following news stories on some media sites, and (of course) Twitter. I keep hoping that the people who are talking trash are in a minority, that–as some people say–“the crazies are the only ones who bother to comment” on news stories, posts, and tweets.

What do you think? Are polite, normal, well-spoken people leaving Facebook like my friend, possibly staying but staying out of the crazy threads, or are people in general turning into rude approximations of themselves via online anonymity?

Even though I’ve been online since the CompuServe days, I’m still surprised at the number of people who are willing to say, “Malcolm, you’re a naive piece of shit” in response to my low key comment. What’s that about? People who don’t know me have accused me online of all sorts of things, and I wonder what kind of gall it takes to say such things.

I see the toxicity my friend sees, but I guess I’m being expedient when I say that since I’m a writer, I need to have an online presence. So I stay. I hope that most people online are good people and fight against the toxic comments or find ways to stay out of trouble. Perhaps I am naive because I think that when good people are quiet the bad people end up owning the place.