Yes, we do get snow in Georgia, but usually we don’t–even when it’s predicted. Long-time Atlanta residents will remember “snow jam” in 1982 and an honest-to-goodness blizzard in 1993. Yes, I was there.

We understand, though, that if Izzy is as bad as some of the predictions, we can’t top what’s expected in the northeast. If we get several inches, we’ll have a mess mainly because we don’t have the infrastructer to deal with it. We do take offense when northeners poke fun at Georgia drivers trying to drive in snow when, at the same time, the national news is showing hundreds of wrecks up north where “people know how to drive in snow.” Ha.

We get freezing rain and black ice. I think that wintry mix can be worse than snow. As for Sunday’s possible snowfall, we just don’t know. I have beef stew in the Dutch oven. It will get us through the weekend whether Izzy shows up or not. And, our gas stove will heat it up nicely even if the power fails.

Whenn I lived in northern Illinois, we didn’t get the day off when several feet of snow showed up during the night. My Jeep with studded snow tires powered through the worst of as a I commuted from the Illinois-Wisconsin border to my office near O’Hare airport. I don’t have either a Jeep or snow tires now, so I’m less willing to drive in the stuff even though my front-wheel-drive Buick navigated snow jam with zero problems. Mostly, I worry about the other drivers and their lead feet and a tendency to jam on the brakes.

Snow in Georgia is always an adventure, from sold-out grocery stores to slippery roads to people telling stories about how bad that 1/4 inch was in their neighborhoods.

By the way, this would not be the best time to have a flight scheduled at Atlanta’s airport. You probably know that. You do, don’t you? 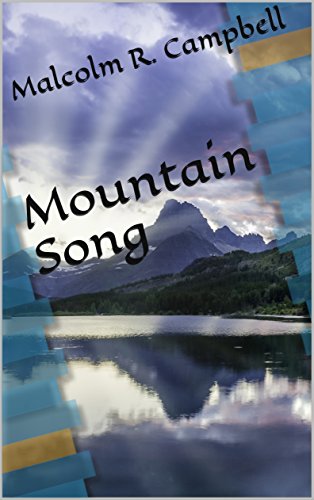 This story is set in Glacier National Park.