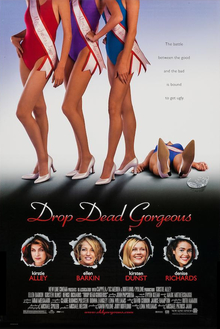 How many times a year do you read the words “drop dead gorgeous” in a novel or short story? If the answer is zero, then I’m jealous. I just stumbled across the cliché again today in a book written by a writer who probably makes at least $100000000000000 a year and it pissed me off. For that kind of money he can do better than trotting out a lame cliche to describe (usually) a beauiful woman. Let’s stipulate here that the author wasn’t talking about the 1999 dark comedy. I wish he had been.

We can’t blame the film for the cliché. It showed up in the 1930s as a way of ramping up what you were talking about. The phrase is, then, considered an “intensifier.” It’s almost as bad as saying “the shrimp salad was to die for” (and not because the shrimp had gone bad, though in real life, that’s probably the case).

Frankly–and I know this is unsolicited advice–if you’re the kind of person whose blood pressure is so high that you’re likely to drop dead when you see a stunning woman/car/house/horse, then you need to see a doctor or start buying Lisinopril BP meds on the street.

So, to suggest a standard, when a phrase show up every which way but loose, then if you’re a writer, don’t use it. Or if you want other people you converse with to respect you in the morning, don’t use it. Don’t look at something bad and say “what goes around comes around.” Or tell a factory fresh widow “time heals all wounds” or “when life gives you lemons, make lemonade.” Or tell people your spouse is “ugly as sin” or that your grandmother is “as old as the hills.”

My mother used to tell me that using profanity was a sign of a weak vocabulary or a weak mind. Actually, profanity is more fun than clichés, more versatile, perhaps, though it you start describing everyone you meet as “shit for brains,” you have gone too far. In fact, you’re out in left field.

Let’s just sum up this essay by saying that if, at the end of the day, you find yourself speaking/writing overused words, then you need to start thinking outside the box and get some fresh words that give you more bang for the buck. 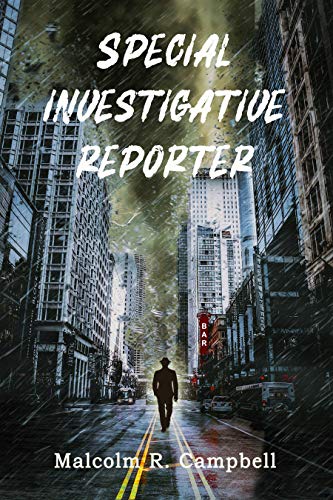 Malcolm R. Campbell is the author of “Special Investigative Reporter,” a novel in which figures of speech are taken literally and clichés are seen as a way of life. Frankly, I hope you’ll laugh your ass off. Oops, I should have just said it’s drop-dead funny.