When I posted Heave Out and Trice Up in 2010, I thought it would get five or ten readers and then fade away. Apparently, it’s never going away, often getting more readers that current posts. I don’t know if today’s aircaft carriers and other ships still broadcast via the public address system (1MC) the ringing of the ship’s bell and a string of daily events like heave out and trice up. When I reported aboard the USS Ranger (CVA-61) for duty in 1968, I had no idea what I was supposed to do with heave out and trice up. Basically, it meant wake up and secure your hammock of rack (bunk). Mama taught us to make our beds every morning. We forgot this wisdom when we went away to college. Suffice it to say, when you join the military, you start doing it again.

Our berthing areas and racks looked like those in this photo. As you can see, there’s not a lot of room. I don’t even want to know what the accommodations on a submarine looked like.

Every part of the navy has its own set of slang and technical phrases. On a carrier, it wasn’t possible to know all of it, for when the air wing was aboard, the ship carried about 5,000 people in multile disciplines and divisions. Needless to say, the most humorous and profane slang never got broadcast over the 1MC, like “bent shitcan” (disreputable sailor) and “buddy fucker” (a sailor who can’t be trusted because s/he sells out his/her friends.

Most professions have their inscrutable slang and jargon, but I suspect the military takes the cake with a slew of words that has evolved over the years, with special categories for each war. The Vietman war (Disneyland Far East) had its own collection of especially graphic stuff, most of it incomprehensible to those of us aboard the big ships. It’s amazing how quickly a new recruit starts using a vocabulary that mama don’t allow.

The slang alone would probably ban this book from most school systems. 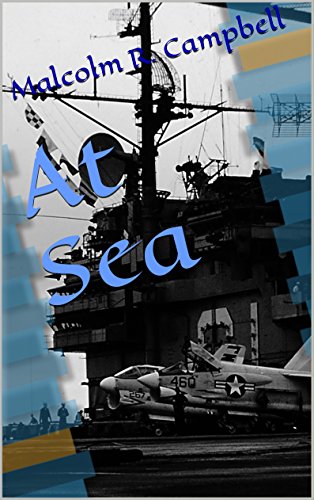