Since it’s cold and rainy here in north Georgia, I spent the day writing about a speeding Harley Davidson being chased by a ranger along Glacier National Park’s Going-to-the-Sun road. In “real life,” that highway is covered by many feel of snow in February that will take many weeks to plough before the summer season begins in June.

Fortunately, the Google Earth views and the Google Maps street views–as discussed here were taken in the summer. So, what I see looks like this photo: 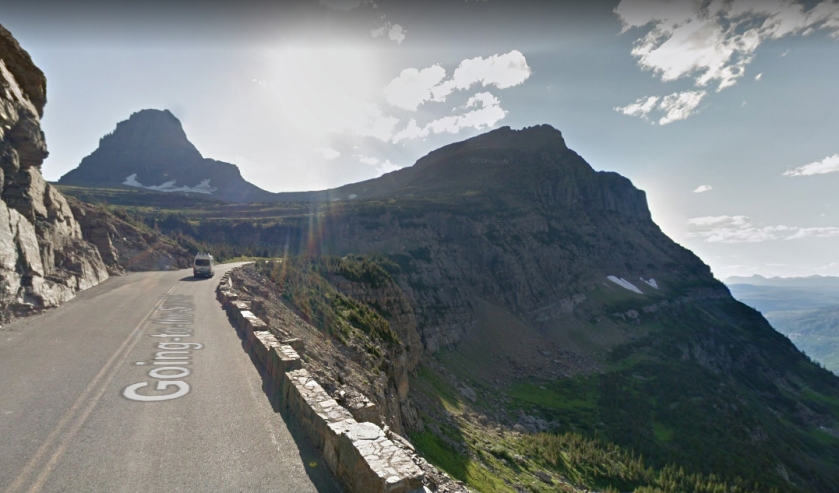 My keyboard almost has no room on my desk due to the stack of paper maps, guidebooks, and place name guides cluttering up my space. If this were a fictional road or some random road in the middle of nowhere, I might get away with a little artistic license. But Glacier National Park has over three million visitors a year and most of them want to see this road from their cars, from a red bus, or from a park shuttle.

So, there’s no room for mistakes. That’s a bit daunting. On the other hand, I hope the fame and beauty of the setting will help draw people to the novel to be called “Weeping Wall.” Here’s what the real weeping wall looks like, compliments of Wikipedia: 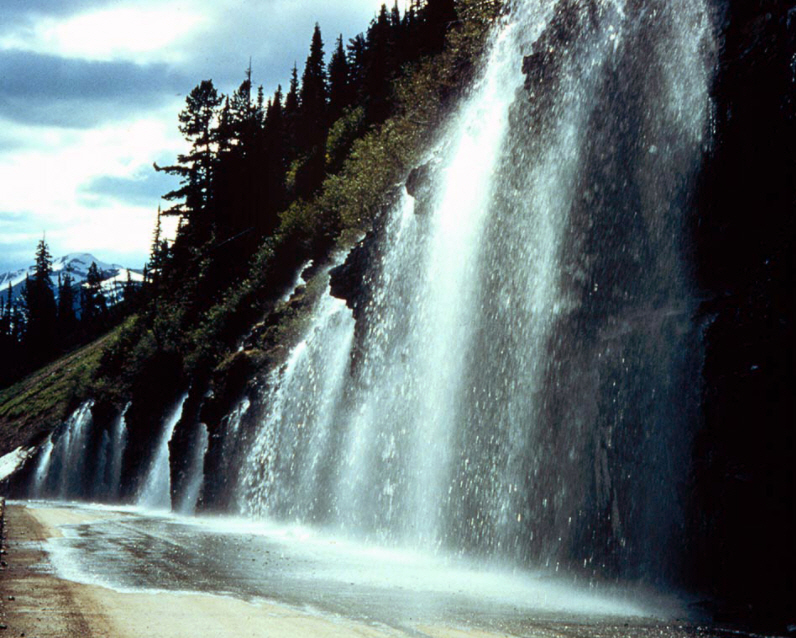 If you’re westbound in one of the convertible red tour busses, you’re going to get wet. All of that water comes from snowmelt higher up on the Garden Wall. There’s less of a torrent here late in the summer. Weeping Wall will be the third in my “Mountain Journey’s Series,” following The Sun Singer and Sarabande.

The most difficult task hasn’t really been getting the landmarks right. It’s been getting the background from the earlier novels in the series correct–and then some of the characters also appear in my Kindle novels Mountain Song and At Sea. Co-ordinating all these stories was something I never wanted to face–until now. I think I’ve gone nuts.

But, it’s a fun kind of crazy.

I invite you to enjoy my two earlier novels in the series, “The Sun Singer” and “Sarabande.” Both of them are contemporary fantasies set in Glacier National Park, Montana.