I learned as a kid that after we opened all the gifts under the Christmas tree, that my two brothers and I would dutifully be writing thank-you letters to the out-of-town relatives who sent us gifts. We had to appear grateful whether we liked the gifts or not. No sarcasm or honesty allowed as in: 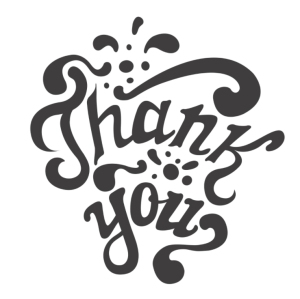 Dear Grandpa and Grandma, Thanks for the unique shirt. I’ll be the only high school senior wearing a shirt that looks like this. In fact, I’ll probably get beaten up during phys ed class as soon as the school toughs see that I’m wearing a shirt that my history teacher Mr. Johnson says was popular in the 1930s.

Fortunately, my wife and I solicit and get lists of potential Christmas gifts from my daughter for the two granddaughters. So, we won’t make the mistake of sending them a damn shirt.

I have here three postcards thanking us for the loot. None of them contain profanity and/or sarcasm.

It’s been fun seeing my granddaughters’ handwriting evolve. They don’t know anything about cursive. Too bad, I think, but it’s not their fault. Kids’ handwriting starts out so big they can only fit two or three words on a postcard. Maybe that’s the point: “Hey, Ma, done already.” Then it gets smaller as they grow up.

I know my daughter leaned on them to write these just as my mother leaned on me to write post-Christmas thank you letters. But I still like getting them. In time, they’ll outgrow the stuff we send and it will end up buried in a closet. But that’s okay as long as the gifts make them happy for a while.

2 thoughts on “Post-Christmas Thank You Letters”