Jefferson City, Missouri, March 3, 2020, Star-Gazer News Service–The Missouri House announced here today that when a bill proposing Gestapo-style Parental Advisory Committees is passed and signed into law, your favorite librarian may end up in the slammer.

House Representatives Jack and Monique (not their real names) admit that while it “takes a lot of arrogance to tell other people what they can and cannot read, such people can’t help themselves.”

According to informed spokespersons, the parental committees will be composed of adults who swear on a stack of comic books that “I don’t know anything about books, but I know what I don’t like.” 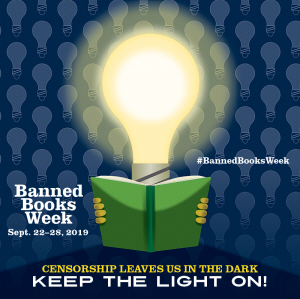 “The bottom line is this: Banning books ensures that the age groups you don’t want to read the book will read then in greater numbers than they would if you just shut the hell up,” he said.

Jack and Monique admit that the SAAL assessment shows that the parental committees will be “an example of the blind leading the stupid, and that’s what democracy is all about.”