I haven’t seen any evidence of it, but then maybe it’s really subtle and/or maybe I’ve been brainwashed. 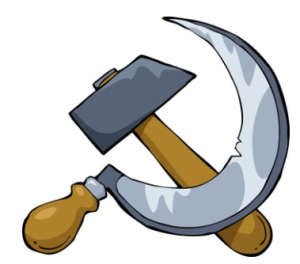 Some people say Russia is putting ads on Facebook that are filled with disinformation that purportedly makes Democrats look bad and Republicans look good. Okay, let’s suppose that’s true. My response tends to be, “So what.”

Seeing an ad, from Russia or anyone else, doesn’t automatically make me believe it, much less take any action. I still have freedom of choice, so I can’t figure out how Russian-placed ads (if there are any) are any more harmful/helpful than any other political ads.

Or, have I simply missed the boat here?

Now, if the Russians are hacking into our election software, that’s another kettle of borsch. Somebody messed up big in Iowa, but I don’t think the Russians caused it. My wife and I used to write custom software for a living: we were talking about this last night and we are truly happy that we didn’t write any caucus reporting software for anyone.

At my age, I’m cynical about a lot of things it’s probably pointless to be cynical about. But I’m not worried about the Russians trying to influence my vote. When it comes to cynicism, I’m more concerned about the U. S. government spying on me than the Russians: NSA, FISA courts, Patriot Act, oh my.

In terms of the election, the Russkies–as we called them during the cold war–aren’t even on my RADAR. Neither is Putin.  I’m more concerned about finding a viable candidate I like who can win rather than worrying about mudslinging no matter where it originates.

What about you? Can you decide who to vote for without the Russians’ help? I’m pretty sure you can.

Malcolm R. Campbell is the author of the satirical novel “Special Investigative Reporter.”

4 thoughts on “Does anyone know how the Russians are meddling in U.S. elections?”