“Ending the scourge of violence in the United States and across the planet requires more than suppressing violence. Lasting peace requires its active and systematized cultivation at every level of government and society. The U.S. Department of Peace will coordinate and spur the efforts we need to make our country and the world a safer place. Nothing short of broad-scale investment and government reorient 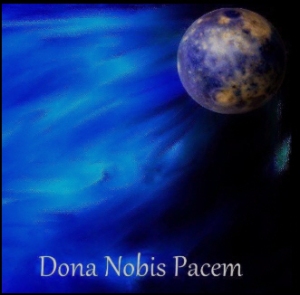 While I doubt that Marianne Williamson will be elected President or, if she were, that her proposed cabinet-level Department of Peace would ever be established, I like her ideas about this. I hope that whoever becomes President will seriously consider the idea that constantly spending and preparing for war is an obsolete response to world crises.

So many of our policies are confrontational that they tend to lead toward fighting words, as though the world is an old-style western movie where everyone carried a gun and people shot first and asked questions later.

In my view, every list of New Year’s resolutions should begin with:  I will never take another life in anger.

If I were to add a second proposed resolution, it would be: I will work within my community to get rid of police units that are more heavily armed than SEAL teams and push for departmental policies that require that police officers must always shoot to kill if they have to draw their weapons.

The reasons for police department policies for lethal force are well known. Yet, I believe they are misguided if they are the default approach to firing a weapon. In my view, in a police officer is so bad a shot that he cannot disarm or disable a perpetrator without killing the individual, then s/he isn’t qualified to carry a gun.

Internationally, most of the wars that we’ve been involved in since Korea were none of our business. These wars have not been declared wars, but ongoing police actions or quick-strike actions based on the sacred words “national security.” We did not need to be involved in Vietnam, Afghanistan, Kuwait, Iraq, Syria, and multiple other world hot spots. Our troops are dying for what, exactly? Foreign oil? The dispute between rival branches of Islam? Fighting drug cartels in foreign countries?

Our young men and women are dying for such things. I always support our troops, but seldom support what they’re ordered to do. Frankly, I think they should stay at home and that our military budget should be greatly reduced.

I wonder what percentage of the population believes that for all of our military interventions and threats our world is safer not than it was 10, 20, or 30 years ago. I don’t think it is. It’s not just increased terrorism and hot spot areas, but the constant talk about an ever-looming World War III.

The United States has the power to defuse the world’s tensions without parking an aircraft carrier off another nation’s coast or overflying another country with B-52 bombers. We can do better than that. Doing better won’t be easy because so many people are “programmed” to see conflicts as military matters rather than diplomacy matters,

It’s a cultural thing, I think. “Kill people because that will teach them a lesson.” Nobody has ever told me what that lesson is.

4 thoughts on “Oops, a day late blogging for peace”