“When my students finished a draft, all I wanted them to do was sit inside of it for longer than was comfortable. To acknowledge and celebrate what they’d accomplished. To not let their brains yet look toward what it must become for it to have worth.” – Lynn Steger Strong in “So, You’ve Finished Your Book”

There’s so much to think about when the first draft of a story or novel is finished.

Unfortunately, we often dive right into thinking about the next draft, our writer’s platform, our submission list, potential reviewers, and the whole publishing thing before we allow ourselves to enjoy what we’ve done already. We’ve taken a ream of paper or an empty DOC file and created the seed of a story. To think about where that seed might go at this moment would be like a husband and wife hearing the news that the wife was pregnant and immediate thinking about what graduate school the child should go to instead of living in the moment of that news and what its like to hear it and know it and feel it.

Publishing, if not the world, has made us this way. We have short attention spans with little time for savoring where we are right now. To get ahead (of what or whom, I don’t know) we have to intuit or logically plan the future before the lessons of the current experience can be sorted out and enjoyed and–as Stong says–“celebrated.”

I can’t prove it, but I think our lack of savoring this moment not only spoils where we hope we’re heading but–if we’re writers–also tends to dumb down the material we’re working on so that it fits prospective sales demographics rather than becoming more true and whole within itself when we begin subsequent drafts of the story.

In fact, some marketing gurus boldly tell us to figure out our niche, its demographics, and its movers and shakers before we even begin writing a new story. They want us to write for a specific group/fad/genre before we even pick up a pen. I have little use for those people because I believe the art is more important than the selling of the art.

You may remember an old expression, “you can’t make a silk purse out of a sow’s ear.” I don’t believe that, actually. But the gurus who want to sell to an audience think it’s easier to simply sell the sow’s ear because, well, people will be brainwashed into buying it and, worse yet, won’t know the difference between it and the silk purse.

I’m discouraged when I think of such things and fear they’re truer than I know.

If you celebrate your beginnings and your first drafts and your hopes, I believe that sooner or later you’ll not only have art that’s true to itself but a genuine “silk purse” that people will be drawn to without marketing trickery. And, you’ll be happy with what you’ve accomplished. 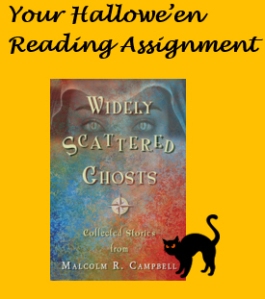