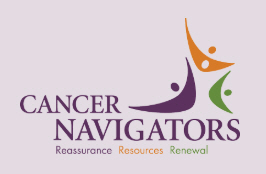 Cancer Navigators is a northwest Georgia organization that provides a variety of support, direct help, and other resources to patients with cancer. Their tagline is “because people shouldn’t have to journey alone.” In addition to the American Cancer Society, CancerCare, and groups designated for specific kinds of cancers, perhaps your area has a state or regional organization that provides help. Our local group provides a weekly support group where people can share, learn, and get ideas.

In addition to support groups and retreats, there’s counselling, information about community resources, financial issues (including lack of insurance), and transportation problems. Many types of cancer include long periods of treatment, extended hospital time, and treatment costs that only a rich person could pay for. My prostate cancer is generally assumed to be usually survivable, but the daily radiation treatments over several months cost about $25,000 not including the hormone treatments. Fortunately, Medicare takes care of 80% of that.

There’s a strong likelihood, I’ll be cancer free by Thanksgiving. Many families and individuals see costs astronomically higher than that, often with little or no hope that the patient will ever be cancer free. Most of us have heard that certain things increase our likelihood of getting cancer. So, we have an option not to do those things. Things get muddled when the most dutiful people get cancer anyway and the most careless people do not.

I have a feeling a lot of people think that God, or perhaps fate in the form of a big wheel of fortune, determine who will be included in the next round of the National Cancer Center statistics that say, “The Burden of Cancer in the United States. In 2018, an estimated 1,735,350 new cases of cancer will be diagnosed in the United States and 609,640 people will die from the disease.”

In spite of the advances in medical technology, I suspect many people (perhaps most) are fatalistic about improvements coming from research. Too many people are dying and the treatments cost more money than the living have. Perhaps such feelings keep most people from donating money to research and support groups unless a close friend or family member is affected. 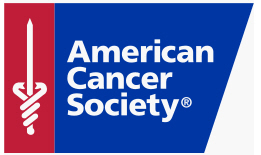 Personally, I’m not overly worried about the prognosis for my treatment. I’m more aggravated about the hassle after having one easy ride (except for the last three years) most of my life with little to no interactions with doctors and hospitals. Yes, the words, “you have cancer” tend to get one’s attention. S/he wants to ask, “How long do I have?” or “How much pain is involved?” or “What percentage of the rest of my life will be spent in a hospital bed?”

Such things cross my mind, of course. How could they not? I like the phrase “because people shouldn’t have to journey alone” because I think a lot of people do face cancer alone. Friends don’t stop by because they’re superstitious like they might get cancer by saying the word or being in the same room with a person who has cancer. Treatment and the effects of the treatment curtail many activities, so some of a person’s natural interaction with others comes to a halt. When my parents and then my wife’s parents were old and ill (not with cancer), people said they’d stop by and check on them, but mostly they didn’t.

I guess those people feel like there’s nothing they can really say or do that will change the circumstances of a terminal patient. Plus, what they see tends to scare them into thinking “what if I’m next?” Better to run and hide, right?

I play with magic, write books about magic, and am generally a very superstitious person. But the whole idea of God or fate deciding who gets cancer (or anything else) makes no sense to me whatsoever. I believe in destiny, though not a destiny decreed by the gods, but a destiny we (perhaps) chose before we were born and that we control (consciously and subconsciously) that speaks to what we want to accomplish in this lifetime. That said, I suspect this entire prostate cancer hassle is something that I chose one way or another and that I’m supposed to learn or otherwise get something out of it. But that view is just my view. It doesn’t change the care people need or the help others can provide personally or via support groups.

The main thing, I think, is finding a way to “be there” for others who might need your help. They won’t tell you they need it because, well, who wants to say such things? As for me, please don’t stop by the house with a casserole, especially one of those with beans and onion rings and mushroom soup.  Look to the people next door and at the company where you work and the PTA where your kids go to school. They’re not lepers and they won’t infect you if you stop by to say “hello.”

2 thoughts on “because people shouldn’t have to journey alone”