My parents and grandparents never forgot where they were when they heard about the attack on Pearl Harbor. People often use the phrase “we will never forget” when referring to such tragedies. One reason they remember is due to a so-called flashbulb memory, a term coined by Roger Brown and James Kulik in 1977 to describe the human tendency to remember quite vividly where they were, who they were with, and the details of what they heard when a horrible national or personal event occurred. 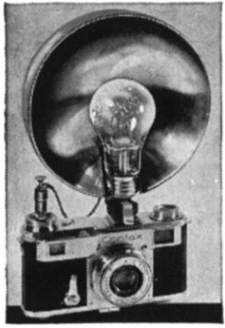 I only have two vivid flashbulb memories of national events: where I was when President Kennedy was shot and where I was when the 9/11 attacks occurred. I also have such memories about some family tragedies (outside my own household) occurred.

Why do they happen? There’s a lot of research and speculation. According to Brown and Kulik, “The principal two determinants appear to be a high level of surprise, a high level of consequentiality, or perhaps emotional arousal (assessed by both rating scales and ethnic group membership). If these two variables do not attain sufficiently high levels, no flashbulb memory occurs.”

Researchers have also studied the accuracy of such memories. It appears that while people have a high degree of confidence in such memories, the details fade over time so that–according to one study–ten years after the fact such memories may only be 60% correct. Studies often include memory reports sent out to those in the study group that are compared with earlier reports from each respondent. I have no idea whether much two vivid flashbulb memories are less accurate now than they were years ago. In many ways, those memories are curiosities now rather than vital to my life.

I tend to remember other events when I see pictures or read articles about them. Only then do I remember anything to speak of. No doubt, I would remember more about a terrorist attack or a school shooting if it happened in my town or involved friends and acquaintances. When I was younger, I envied people with so-called photographic memories. If they really have such memories, that would be a blessing and a curse. David Baldacci’s Memory Man series of thrillers about detective Amos Decker shows both sides of the equation: if a horrible emotional thing happens, you’re never rid of it and it’s just as strong today as it was when it happened; on the other hand, if you’re a detective or a reporter or a college student, it might serve you well.

With a true photographic memory–or a large mental database of flashbulb memories–I think it would be hard to remain sane. I, for one, don’t want to re-experience the worst moments of my life over and over with the same grief, sorrow, and anger as I did on the day they happened.

In spite of all the nastiness in the world, I hope that many of us have flashbulb memories (even if we don’t know a flashbulb is) of the better days of your lives. The day we met the man or woman who became our spouse, the day we got married, the days our children were born, the day we passed the bar exam or got our realtor’s licence or first drivers license.

As my wife will testify to, my general memory isn’t that good. Frankly, I don’t know how she remembers so much stuff. I would like to remember more than I do. But I don’t, so I don’t have as many flashbulb memories as a lot of my friends do. That’s okay, I can always Google things to see when they happened. Someday–a day I’m not looking forward to–security cameras and facial recognition software and other spyware will be able to tell me what I was doing when everything that happened happened.