Junction City, TX, 9/22/2018, Star-Gazer News Service–A Local author was picked up by local cops and arraigned before a local judge after 15 local women allegedly died after reading his new novel, Give Me All Your Money, Babe. 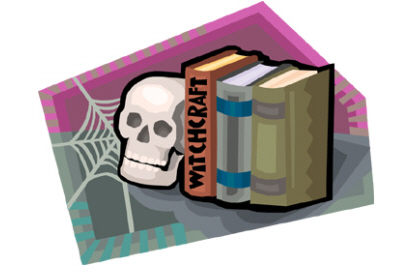 During this morning’s news conference, Chief Kruller clarified that the women were dead rather than allegedly dead. “‘Allegedly’ referred to and real or imagined a connection between author Caine Molasses novel and the women’s demise,” said Kruller.

“I wasn’t there when it happened,” Molasses told reporters. “I was busy working on my new novel, Thanks for All Your Money, Babe, a satirical yarn about the gigolo business. I’ve made more money gigoloing than I have writing because today’s readers are buying most of their books from famous writers who are publicized by PR flacks working for big New York publishers.”

According to witnesses, the 15 women died moments after stopping by the Merchants and Farmers National Bank on Maple Street where each of them wrote Molasses a check before dying of supposedly unnatural causes.

“They just collapsed,” said teller Bert Jenkins. “Several of them bit me when I tried to administer CPR, but they died anyway. It’s like they knew their number was up.”

Police said that after interviewing Molasses for 25 minutes, he was “clearly in the clear.”

Reporters learned that Molasses’ muse, Sally Sweetwater, stuck up for him by claiming they were together the entire evening.

“Personally, I think each of the women took an undetectable poison before walking into the bank. They loved Molasses, especially when he called them honey. But they knew that all of them couldn’t possibly marry him because that would be against the law, silly as it may be.”

Coroner Jack Stiff said he never detected any undetectable poison in the women’s bloodstreams during the autopsy.

Stiff, who said that he had seen enough stiffs in his life to determine the cause of death in a matter of moments, said that as far as he could tell, the women died due to an unusual blight of mass hysteria.

“Each of them thought they were the only one he loved,” said Stiff.

According to a white paper file by psychiatrist Sigmund Jung–author of Death Means Never Having to Say You’re Sorry–“love kills more people than bullets, knives, or heavy objects in a room.”

“I thought I could juggle all those broads forever,” said Molasses. “I feel really sorry this happened, but luckily I’ll forget about it in a few weeks when I pick up somebody new at the grocery store.”

After the deaths were announced, the Texas Booksellers Associations announced that Molasses latest novel was number one on the bestseller list.

“For every dark cloud, there is a silver lining,” police chief Kruller said.

2 thoughts on “Novelist accused of hiding subliminal spells in novels”