Washington, D. C., April 1, 2017, Star-Gazer News Service – Faced with growing public anger over the administration’s budget blueprint that calls for the defunding of Amtrak’s long distance trains, NIH, NEA, CPB, CNN,  climate change divisions of the EPA and NPS, the Bureau of Prisons (BUBARS) announced here today that “huge numbers” of prisoners will be released from federal and state prisons in the coming months at a cost savings so substantial that the Government Accounting Office will no longer be required to purchase red ink. 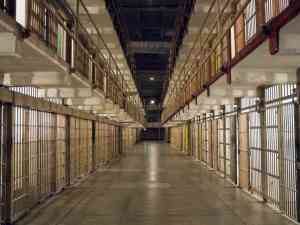 Dwight Slammer, editor in chief of “Up the River News,” estimates  that giving inmates a “get out of jail free card” will save taxpayers $39 billion dollars by the end of the current fiscal year.

According to Slammer, 2,220,300 Americans are currently in prison. The morality and viable ability of covering up a plan calling for simply shooting them “gave the government pause,” leading to the shelving of the fast action approach plan in favor of a timed release program.

BUBARS director Bill Smith told reporters that the new “get-out-of-free cards” will be good for life, thereby eliminating the recidivism problem through which ex-cons commit fresh crimes that land them back in jail at the public’s expense. While some naysayers claim this is tantamount to making crime a profitable business for former prisoners, the cost savings will more than trump the down stream issues of property loss and public disruption.

“Victimless crimes–such as smoking a joint–will no longer be a gateway to the public dole of prison life,” said Smith.  “We see it as a no harm, no foul approach to the criminal justice system that’s been entangled for years prosecuting, housing and feeding people who basically didn’t do nothing to nobody.”

The cost savings plan, dubbed “Cleaning Out the Big House for America” calls for all released prisoners to check in periodically to prove to authorities they are still out of jail.

“While the government will neither confirm nor deny this aspect of the plan, those who persist in finding ways back into jail will be sent to Iraq through a so-called ‘three strikes and you’re out’ provision,” said Slammer.

Informed sources who, as is customary, don’t really exist, called the big house cleaning plan “a strike of lunacy” that will save America from the budget axe that has been characterized as more of an expensive club than a viable fiscal approach to rising costs.

Ex-cons will use their “get out of jail free cards” to get jobs ahead of all other applicants, win lottery money through a system of “fixed numbers,” and go to the front of the line at the DMV.