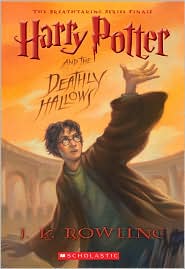 J. R. R. Tolkien is credited with bringing epic fantasy back into the lives of mainstream readers. We can also claim that J. K. Rowling’s popular Harry Potter books not only fired up the reading public’s love of contemporary fantasy, but introduced the concept of books to people who seldom read novels at all.

Fourteen years after her U. K. publisher (Bloomsbury) released the first, tentative thousand copies of  Harry Potter and the Philosopher’s Stone (renamed in the U.S.), her fans continue to wait for word, any word, that there might be another Harry Potter novel. In 2007, the release of Harry Potter and the Deathly Hallows sold a record 8.3 million copies in the United States in the first 24 hours.

Any other author would have been told not to use the word “hallows” in a book title since the term wasn’t in the public’s consciousness. But Potter fans lined up and bought the book while debates raged on about what “hallows” might be.

The popularity of  Rowling’s books has been called a “black swan event.” Developed by Nassim Nicholas Taleb and explained in his book The Black Swan: The Impact of the Highly Improbable, the theory examines rare events that could never have been predicted or planned and that even in hindsight, usually cannot be duplicated. Taleb himself considered Harry Potter, as a publishing event, a black swan.

Journalist Will Hutton believes Rowling’s success transcends the quality of the books themselves. “Rowling is repeating the Da Vinci Code effect – but much more shrewdly,” he writes. “In the creative industries success always begets more success, but in an era of globalisation the success can be very big indeed, as both Rowling and Dan Brown can testify.”

Hutton, and others, think globalization and the viral phenomenon of ideas, books, movies songs suddenly becoming popular seemingly everywhere is more responsible for Harry Potter’s popularity than the quality of Rowling’s books.

Based on Hutton’s theory of why a Da Vinci Code Effect book does so well we could, let us say, create a look-alike universe without television, cell phones, satellites providing news in real time, and the Internet, and then display the Harry Potter books (one person at a time) to 8.3 million readers. Hutton would say that Rowling’s sales in that universe would be a fraction of what they are here. He may be right.

But that still leaves us with the question of: “If the outside influence of millions of people saying the books are great is what caused each reader to pick up a Harry Potter book, what caused them to enjoy it so thoroughly and read and re-read it so passionately?”

While peer influence is a powerful thing, reading is a solitary act. Top ten songs are easy to share in a way that further leads to their enjoyment and popularity. People listen to them together in cars and break rooms and parties and hear them in large groups at concerts. While the Harry Potter movies were shared by theater audiences in real time, the books were not. Each reader had to choose to sit in a chair, curl up in a hammock, or prop up in bed and read the book by himself and herself. Like all reading, Harry Potter represented an investment in time.

Many have said that in addition to Rowling’s creative and imaginative mix of characters, themes, and settings, the books’ success comes in part through their believable account of a rather geeky (yet lovable) underdog becoming so empowered, he was able to effectively battle against the adult, experienced and highly skilled bad wizards in the book. Noticeably, the good adult wizards teaching magic at Hogwarts had very little to do with the triumph of good over evil in each book.

In a world where most of the news is bad and most of the global issues seem impossible to solve, the prospective readers of the Harry Potter books found a wonderful antidote in Rowling’s books to the negativity, hopelessness and alienation prevalent in so many people’s lives and world views. Rowling’s stories are inspirational: even the most hard-hearted and logical adult can read them with a sense of wonderment and empowerment.

Far from being escapist reading that captures readers’ imaginations while they are reading, the Harry Potter books—through some we-don’t-really-understand-it mix of Rowling’s genius and a black swan publishing event—continue to delight and inspire readers after they finish the books.

In Fantasy, Magic is a Positive Symbol for What You Can Do in the Everyday World 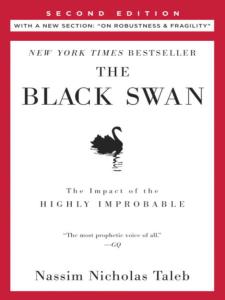 While J. K. Rowling’s Voldemort is just as nasty as the bad guys found it occult horror books, the Harry Potter series illustrates one important difference between fantasy and other so-called paranormal books. In fantasy, magic is viewed as normal and a capability that the book’s protagonist can become allied with and even learn. This is the case even when there are Voldemort-type characters who are using the magic for evil reasons. In occult horror books, the magic, whether its seen as a typical component of the location or not, is something that is nonetheless alien and evil and to be feared. In supernatural horror stories and most mainstream fiction, the occult is considered abnormal, evil and threatening.

In fantasy, magic is seen as normal, as a talent both good guys and bad guys can utilize, and as something to be embraced. In many respects, the acceptance of and learned proficiency with magic represents a character’s personal transformation either figuratively or literally. Transformation is an important theme in fantasy. As such, we view it in fantasy fiction as symbolic of the non-magical transformations we can seek out an attain in our non-magical real world.

This is part of the empowerment one feels, I think, when they read Rowling’s books. The books stimulate the readers’ imagination, and they begin to feel the first inklings of wonderment about the prospects for their own success in becoming the best people they can be. They may still have a “Heart of Darkness,” as Joseph Conrad suggested in his novella published in 1902, but they can transcend it.

The Harry Potter books weren’t written as guides for living or as recipes for personal success. However, the magic (real and figurative) that readers discover in them and then internalize is a large part of their power.

2 thoughts on “The Magic of Harry Potter”