I’m reading a novel–that shall remain unnamed for now–that has a lot of chapters, each with multiple subchapters, and all with thousands of characters with multiple names and aliases and Internet handles. 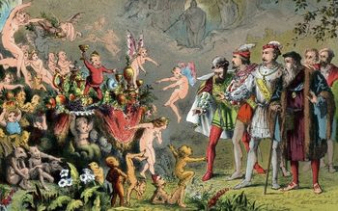 What I seldom know is which character is doing what. Sometimes characters are referred to by the first name, last name only, or code name.  Often, all in the same paragraph, as in “Johnson stopped his car in a no-parking zone and hung his FBI creds around his neck. As Bob edged closer to the barricades he noted a police helo hovering overhead, then, and incoming call, ‘Cyber 1,’ he answered.”

Ack. Are Bob and Johnson the same person? Yes, but it’s often hard to tell.

I looked up the reviews for this book on Amazon and the most common complaint was too many characters and the fact that new characters kept being introduced throughout the book.

No offense to the names in other countries, but a large number of foreign names, (first/last/pet/title only) doesn’t help the reader keep track of everyone, especially when some of these people are bad guys and are using phoney names.

I’m losing my patience with this and am surprised by the reader reviews on Amazon where people said, “Best book since sliced bread” and “Well written with a lot of character depth.”

Some people read the book while drunk or stoned and that probably accounted for the glowing, five-star reviews. Other people read the book because it was the only new book in the house (my situation) and just decided at some point it didn’t matter who was going what as long as what they were doing was really cool.