“And gradually it dawned on him, if a dawning can take place in total blackness, that his life has consisted of a run of rehearsals for a play he had failed to take part in. And that what he needed to do from now on, if there was going to be a now on, was abandon his morbid quest for order and treat himself to a little chaos, on the grounds that while order was demonstrably no substitute for happiness, chaos might open the way to it.” – The Night Manager.

Best I can tell is that I bought a trade paperback copy of John le Carré’s The Night Manager in 1993 when it came out, put it on my bookshelf, and forgot about it. I have no idea how or why it ended up on the shelf without being read. I lived in an Atlanta suburb at the time and was apparently more focused on the one-hour commutes to a variety of technology companies where I wrote computer documentation and occasional code than reading novels.

Like most of the author’s fans, I wondered how he would focus his spy novels once the cold war was over. The Night Manager was the first book with a different kind of plot: unscrupulous international arms dealers. The book was generally a success, though Publishers Weekly said at the time that it ended in a way that would make a sequel easy to write.

I’m enjoying the book, a change of pace from the more straightforward, technology-intensive spy novels by such authors as Clancy and Patterson  (and those writing under their names) because the plot is not strictly linear. Nobody needed to worry about le Carré running out of subject matter in the 1990s for now, at 88, his new novel Agent Running in the Field demonstrates that there’s still room in the fictional universe for spies and those who write about them. As an author, I’m impressed with anyone his age who is still writing.

I never saw any of the episodes of the 2016 TV series based on this book. I’m glad I didn’t, for that would have spoilt the gift of finding an unread book on my shelves that I didn’t already know lock, stock, and barrel.  The TV series starred Tom Hiddleston in the lead role as the night manager and also included Hugh Laurie (“House”).

Publishers Weekly liked the book, saying that it was “written with all le Carre’s mastery of atmosphere, character and desperate political infighting among the smoothest of Old School Brits.” I agree. And it’s refreshing to read a spy novel that doesn’t include the manufacturer’s specs of every gun, helo, suppressor, and piece of surveillance gear used by the operatives. 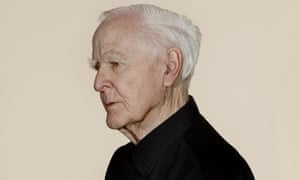