I first read this 1984 book in the mid-1990s after enjoying Jane Smiley’s 1991 Pulitzer Prize winner A Thousand Acres. I was disappointed because I expected more spooky police work and/or big-city thrills and chills. As a film noir fan, I’m used to harsher and darker crime stories

Alice Ellis is a Midwestern refugee living in Manhattan. Still recovering from a painful divorce, she depends on the companionship and camaraderie of a tightly knit circle of friends. At the center of this circle is a rock band struggling to navigate New York’s erratic music scene, and an apartment/practice space with approximately fifty key-holders. One sunny day, Alice enters the apartment and finds two of the band members shot dead. As the double-murder sends waves of shock through their lives, this group of friends begins to unravel, and dangerous secrets are revealed one by one. When Alice begins to notice things amiss in her own apartment, the tension breaks out as it occurs to her that she is not the only person with a key, and she may not get a chance to change the locks.

Jane Smiley applies her distinctive rendering of time, place, and the enigmatic intricacies of personal relationships to the twists and turns of suspense. The result is a brilliant literary thriller that will keep readers guessing up to its final, shocking conclusion.

Okay, maybe I wasn’t ready for the “enigmatic intricacies of personal relationships” in 1995. Or perhaps I’ve either mellowed or become more eclectic in my reading since then.  Even so, I’ll probably never really grok the characters because they’re New Yorkers who enjoy subways, walking, lots of people, and all the other strangenesses I experienced whenever I visited NYC.

(I lived briefly in Syracuse as a kid, one of my brothers was born there, and then I went back there for grad school, but it’s on a different planet than the big city.)

The book is keeping my attention this time which says a lot for keeping books on one’s shelves and trying them out again later.

My novels include Fate’s Arrows (magical realism) and Sarabande (contemporary fantasy). Both novels are available in paperback, hardcover, Kindle, and Nook.

If you were born yesterday, or perhaps last week, you probably haven’t heard of this darkly satirical and nearly farcical novel about a midwestern agricultural college referred to as “Moo U.” I first read it a quarter of a century ago when it first came out. Now that I’m re-reading, I find it just as funny and just as true when it comes to university politics and the misfits who keep schools forever running on square wheels as I did in 1995.

I worked at two universities (not counting student jobs), attended four others, and–along with the rest of the family–followed by father to at least another five as he moved up through the ranks of college professors and deans. Suffice it to say, I know college politics in spades. That’s why I see this novel as the Bible detailing what’s really happening behind all those ivy-covered walls.

In a 1996 interview with Elisabeth Sherwin, Smiley says that she did not model the story after Iowa State University where she was teaching then. She told Sherwin, “I always wanted to write both a tragedy and a comedy on the same theme. ‘A Thousand Acres’ was the tragedy, the theme was American agriculture and technology, and ‘Moo’ was the comedy.”

At the moment, most people know Smiley from her recent “The Last Hundred Years Trilogy: A Family Saga Series” that includes Some Luck, Early Warning, and Golden Age. I liked the trilogy and see it as quite an achievement. But when I first found Jane Smiley’s work, it was her fifth novel, the Pulitzer Prize-winning A Thousand Acres. That one remains my favorite.

Here are a few excerpts from Moo:

“This was an aspect of Barbie-hood that Mary had never given any thought to, that Barbie created Ken, anatomically incorrect to the very core of his brain, where he understood as well as he understood his own name that Barbie was inviolable.”

“He was turning out to be one of those men whose interest diminished as they got to know you. You got into this pattern of trying to be interesting by revealing more and more of yourself, like a salesman unpacking his sample bag, but the man, though he looked like he was smiling and paying attention, was really shaking his head internally—not that, not that either, no I don’t think so, not today.”

“Those Latin American and Eastern European novelists aren’t any help here. They live inside the mansion of female desire as if it is their right. Their own desire is a nice healthy dog on a string, ready to eat, fuck, fetch, piss on the bushes.”

Unfortunately, I can’t find a pithy excerpt that illustrates the dark side of Moo U. I can’t tell you how and why I think Moo is true of some really colleges without libelling a lot of people. If you decide to read Moo, I suggest you wait until after you’ve graduated from college. If you read it before you go to college, you’ll never go to college. 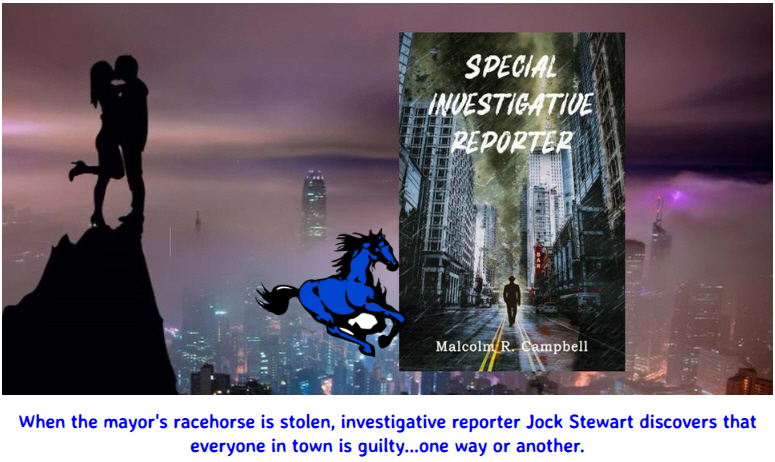 “A reader’s tastes are peculiar. Choosing books to read is like making your way down a remote and winding path. Your stops on that path are always idiosyncratic. One book leads to another and another the way one thought leads to another and another. My type of reader is the sort who burrows through the stacks in the bookstore or the library (or the Web site — stacks are stacks), yielding to impulse and instinct.” ― Jane Smiley

I’m a creature of habit and my strongest habit is inconsistency.

During the Vietnam War, bar girls in navy liberty ports used the phrase “butterfly man” to describe sailors who weren’t “loyal” to the same woman every time they came to port.

Assuming I can forget where that phrase came from, it aptly describes the apparent inconsistency of a writer’s reading habits as well as his/her seemingly slapdash approach to the art and craft of writing itself.

As Smiley says, our paths are winding and are choices along them are idiosyncratic and ruled by impulse and instinct. I grab books off the shelves because they seem like they’re going to be good. I am seldom fooled by this approach, though I have gotten stuck with a few books I wished I hadn’t grabbed off the shelves.

When I try to outline or, so to speak, plot out my reading choices (such as reading only one genre or reading all the books that receive certain prizes), I end up with a mess. Inconsistency makes perfect sense to me because I trust instinct and impulse more than I trust to-do lists and step-by-step plans.

I spent a lot of time out doors when I was growing up, and while certain things were good to do based on experience, one had to be ready for anything, to watch for signs, changes of weather, become attuned to sounds and scents and wrap that all together into moving up a mountain or along a trail with a fair amount of intuition. Sure, a lot of it was knowledge that had become internalized and then followed without having to think about it. But instinct kept one aware of dangers and wonders that plans never uncovered.

The worst thing people can for me is to recommend books. Then, suddenly, I start feeling an obligation to read those books, and get back to them the moment I’m done as though I’m doing a school book report. Funny, how there are people I like and agree with about a lot of things except the books they want me to read. “They want me to read book ABC because it’s by the same author and/or similar to book XYZ which they know I liked.”

I dislike most of the books suggested to me based on that kind of reasoning.

This will sound superstitious and insanely inconsistent, but I’m a “force is with me” kind of reader and writer. That is to say, if I’m “supposed to read” a certain book, I’ll find if by myself one way or another. If it’s a book I probably won’t like, I either don’t hear of it or stay away from it for unknown reasons.

My wife and I often finish each other’s sentences, but we seldom finish books one of us reads and recommends to the other. If you’re not my wife (and the odds are 100% that you’re not) you have a snowball’s chance in hell of handing me a book to read that I’ll be happy with.

Over the years, family members have given up on picking books for me as gifts. When Christmas and my birthday approach, they want to see a wish list from which to choose. (I just need to remember not too buy anything off the list before December 25th and August 12th have come and gone.)

So, how have you fared? Do family members and friends tend to know what you want to read and suggest or send books to you that you actually like. Or do they strike out?

I feel bad when people send me books I don’t like because having to tell them I don’t like the book they selected is about as difficult to do without injury as answering such questions as “how do you like my new dress,” “isn’t my hairdo just perfect,” and “would you like some more of my green bean casserole?” So many hurt feelings, busted noses and broken marriages come from answering those questions incorrectly.

Seriously, if we like each other, please don’t say, “Malcolm, you really need to read Lust in a Broken Birdbath (or whatever).”