If you hike, jog, kayak, or so anything else that requires effort and stamina, you know that when everything within you (mind and body) is functioning optimally, you reach what’s called a flow state–in the zone, some say. Writers feel that flow state as well when the words are coming off the keyboard and onto the screen without struggle. There are multiple sensations here, but they can be summed up as joy. 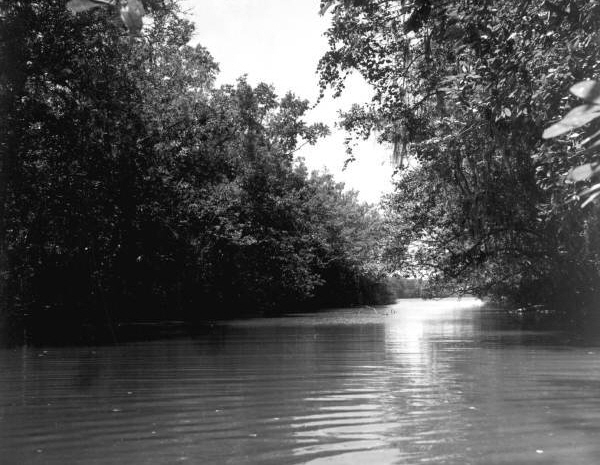 I felt this way while working on the four novels in my Florida Folk Magic Series set in the panhandle near the Apalachicola River (shown above). While writing in a flow state, I saw in my mind’s eye a movie of the stories unfolding and typed up what I saw. I loved the characters, the locations, and the themes, so I felt that I was working on a view of the 1950s’ racial tensions in the sunshine state that needed to be told.

I began with Conjure Woman’s Cat and quickly discovered I was writing about my childhood and all the days I lived in Florida starting in the first grade came flowing back to mind. I was writing this book for myself but happily found out that others liked it, too, and that AudioFile Magazine loved the audiobook edition with a great review and an earphones award.

Melinda, my publisher, asked if I’d thought about a sequel. No, not really. Funny thing. Once she asked the question I began seeing a movie of the book that would become Eulalie and Washerwoman. When Facebook friends found out I was working on a second book, they said, “nothing better happen to that kitty (Lena).” I promised that the conjure woman’s cat would be okay. Having people check in and ask about their favorite characters was a new experience for me and added to my flow state.

So now I’ve written four books, including Lena and Fate’s Arrows. It’s time to stop. I remember my creative writing instructors warning us not to write past the ending. Fate’s Arrows, the only book in the series that isn’t told from Lena’s point of view, seems to be a natural place to stop inasmuch as the conjure woman is feeling her age–older than dirt–and the protagonist (Pollyanna) is moving from west Florida to Tallahassee (where I grew up).

I’ll always be tempted to search for that flow state again with these characters. Never say never, right? 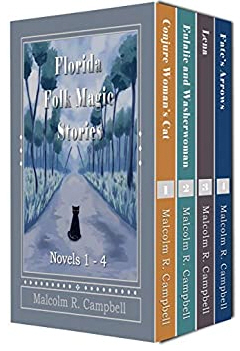 Save money on Kindle with the four-book set.