For guidance, I turned to the authority, the Chicago manual. Yet even that widely accepted all-knowing guide doesn’t make a distinction among editing levels: “Manuscript editing, also called copy editing or line editing, requires attention to every word and mark of punctuation in a manuscript, a thorough knowledge of the style to be followed, and the ability to make quick, logical, and defensible decisions.”New authors are often confused about what level of editing they need, and rightly so. I hope to offer insight into the differences between line editing, copy editing, and proofreading.

Authors, especially indie authors who aren’t used to the multiple editing cycles their work will go through at a major publisher, often consider hiring an editor, but then become unsure what kind of editing service they need to purchase. This blog helps make distinctions between editing types.

So what is line editing and when do you need it? A good question. You’ll find a credible answer in this article in Jane Friedman’s blog.

Malcolm R. Campbell is the author of “Fate’s Arrows,” the fourth novel in his Florida Folk Magic Series.

One of the first rules students are taught in reporting classes at a journalism school is spelling people’s name’s correctly in news stories, feature stories, and editorials. Misspelling a person’s name is not only a rude discount, it undermines your credibility, the thought being that if you can’t even get the name right, how can readers trust you to get anything else right? 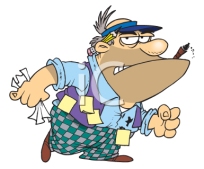 Used to be a copyeditor would catch a lot of the misspelt names. Now, reporters and writers are expected to catch their own mistakes because copyediting has become a lost art as organizations cut costs. When a reporter covers a story, readers expect him/her to have a basic knowledge of the subject and when that proves not to be true, the story won’t be trusted.

Novelists face the same issues. If you misspell the names of famous people and widely known cities, you’re in trouble. The more obvious the error–to general readers–the more likely it is to be caught. Obscure errors will bring specialists out of the woodwork in editorial reviews even though most Amazon reader reviewers don’t have the background to catch them.

One of my favorite historical novelists got some simple facts wrong in a recent book that brought the wrath of the gods down on his back. I hope he went back and corrected the material for the next edition. If you’re writing a civil war novel and say that the South fired on “Fort Summer” in “Savannah Harbor,” you–and your beta readers or editor–have been somewhat lax.

Personally, I think it’s especially damaging to make an amateurish mistake on the first page of a novel. Here’s what I saw in the opening paragraph of a book by a well-known writer for a major publisher (that should have had editors and fact checkers):

I immediately lost my faith in the accuracy of the book because the rank of corporal is not a navy rank. I wonder: how can an author of a black ops book not know this? How can the publisher’s editorial staff not know this? Presumably, most readers of black ops and other military-style novels would also know this.

This error alone probably won’t sink the book, but it creates a barrier between the readers and the author about the author’s credentials for writing the novel. As with a news story, readers will think, “If you make a mistake like this, you’re probably making bigger mistakes that are harder for a layperson to catch.”

Authors have a luxury older generations didn’t have. Type in the word “corporal” in a search engine, and you know the navy doesn’t have them. Type in a name that can have multiple spellings, and find out which way the famous person you’re writing about spelt it. And then there’s Wikipedia for basic information about a lot of things.

We have to sweat the “small stuff” or our readers will think we didn’t research the big stuff.

Malcolm R. Campbell is the author of the Florida Folk Magic Series, the latest of which is “Fate’s Arrows.”

We all know what Let’s clean out the garage means. 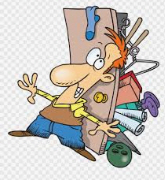 I edit while I write. I know that’s wrong, but I don’t care. For one, it keeps stuff out of the garage that somebody else will one day tell me to throw away.

Otherwise, editing begins when your manuscript is on the home stretch. At this point, you’re the one telling your characters it’s time to clean out the garage.

Basically, they don’t want to do this unless it means giving them more lines. Usually, it means giving them fewer lines or (worse yet) fewer scenes.  They (the characters) like the garage as it is because that’s all they know about each other and themselves unless you’ve used them in previous books.

Characters become restive, even combative when you bring out an editor’s broom and a toll of trash bags (the novelist’s “cutting room floor”). They want to story to stay the way it is, go to a publisher, show up on the bestseller list, and make them as famous as Madame Bovary and Captain Queeg even if readers think they’re crazy.

The madame and the captain had some great lines, they’re in a box somewhere, but they probably don’t belong in my book. If I find anything remotely resembling either character’s habits or lines, they need to go.

Gandalf had some great scenes, such as when he fought the Balrog in The Fellowship of the Ring. If anything like that’s in this garage, it’s got to go.

One of the mysteries of editing is that you’re not simply throwing away trash, you’re throwing away some darned good stuff. Goodness knows, your characters want to keep that good stuff. So do you, probably, but if you ponder it long enough, you’ll know its not a good fit for your story.

(What you don’t want is reviews that say “Snoopy’s Sopwith Camel vs Fokker dogfights with the Red Baron sure were exciting, but why were they happening in a small town in the Florida Panhandle in 1955?”)

So, this is where I am with my novel in progress. The characters are saying, “Let’s blow this joint!” (and we’re not talking about marijuana here) while I’m offering them a bigger share of the $10000000000 adance if they stay around and play nice while we get this manuscript ready for the publisher.

Plus, I keep telling them that my publisher goes flat nuts if I send in something that belongs in the garage sale bin, and “trust me, you don’t want to be around when that happens.”