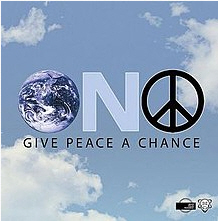 “When your fight has purpose—to free you from something, to interfere on the behalf of an innocent—it has a hope of finality. When the fight is about unraveling—when it is about your name, the places to which your blood is anchored, the attachment of your name to some landmark or event—there is nothing but hate, and the long, slow progression of people who feed on it and are fed it, meticulously, by the ones who come before them. Then the fight is endless, and comes in waves and waves, but always retains its capacity to surprise those who hope against it.” – ― Téa Obreht, The Tiger’s Wife

(I’m not an official blogger for peace, check Mimi Writes if you want to be a member and use the official logos.)

The quote from Téa Obreht suggests one reason why war is so difficult to stamp out. 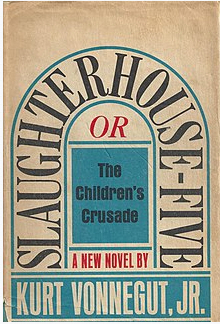 My introduction to the realities of war came from reading All Quiet on the Western Front when I was in high school. I found this novel to be so graphic, I could not comprehend how anyone who fought in a war, observed a war or read that book could possibly support any politician calling for war. I won’t read it again.

I felt the same way after reading the equally repellant Johnny Got His Gun. “Hawks,” I wanted to say, “this is what war does to people.” Along with many others, I learned about the unnecessary and immoral firebombing of Dresden when I read Slaughterhouse Five. Cynically, I wondered how many of those who raged at Sherman’s approach to war thought what we did to Dresden was somehow justifiable.

We don’t always hear the anguished stories of those who fight and return because they can’t or won’t talk about what happened over there. I’ve written elsewhere that I think the real casualties are those who survive so that they can go through the hell of the battle every night in their dreams. Perhaps we learn a little from war reporting, and later from historical novels and nonfiction accounts. Perhaps if we spent one day in Ukraine, we would become doves forever; but I doubt it.

Kurt Vonnegut, wrote in, Slaughterhouse-Five, “You know — we’ve had to imagine the war here, and we have imagined that it was being fought by aging men like ourselves. We had forgotten that wars were fought by babies. When I saw those freshly shaved faces, it was a shock. ‘My God, my God — ‘ I said to myself, ‘It’s the Children’s Crusade.'”

And so it usually is. We imagine there’s glory in it. There is not. The idea of glory is the sham that sends the babies off to fight and that celebrates their work if they return. They never return, actually, because they will never mentally escape the slaughterhouse of battlefields and the cities like Dresen that got in the way.

Perhaps if we listened to their nightmares and shared their PTSD, we could become doves forever and–as we used to say (and sing)–“give peace a chance.”

When it comes to a prospective war, your thoughts about the wrongness of it matter.

Malcolm R. Campbell is the author of the Vietnam War novel At Sea.