Before falling asleep at night, I have grand plans to cook a fried egg for breakfast. After all, that’s what I got used to as a child, eggs and bacon in a cast-iron frying pan with the grease saved in a small metal container on the stovetop for later.

But then when morning comes, I’m too sleepy to cook an egg–over easy with a few red pepper flakes scattered over it–much less having to wash the frying pan afterward. So, I toss two Jimmy Dean sausage biscuits in the microwave for 58 seconds and there’s breakfast.

After a trip to Scotland, my brother said that nobody there knows how to cook a fried egg over easy or over medium. If you ask for it, they don’t know what you’re talking about–and still “don’t get it” after you explain how to do it. “Lads, it’s like anything else you fry on both sides!”

This probably explains why Scotland has been under the English thumb for so long. When a chance came to vote for independence, the idea sounded good but nobody quite knew how to flip a government. 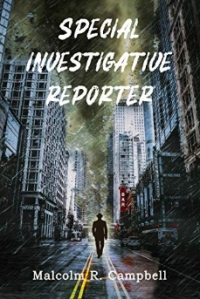 Malcolm R. Campbell is the author of the comedy/satire Special Investigative Reporter.