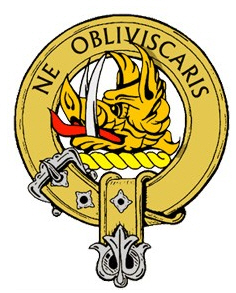 Ne Obliviscaris (forget not) is the motto of the Clan Campbell. And I don’t. When I was in an encounter group, it came out that I rememebered the nasty stuff and wasn’t very forgiving about it.

“Why do you hold on to it?” asked the leader.

“Because sooner or later I’ll write about it,” I said.

Not in terms of revenge, naming names, and teaching people a lesson. No, it just happens to be potent story material, and since it has a huge impact on me, I could put it in a short story or novel and when Idid, the angst came across as real and true.

I don’t care much of “tell all” memoirs that hurt other people. I’m more interested in what I felt when I was, for example, betrayed, because now I can accuratelly write about a character who was betrayed.

I’m not sure this is psychologically healthy. Probably not. But if you’re stuck being unable to forgive and forget, you can write some mighty strong fiction. You have, so to speak, a deep well of nastiness at your disposal that can become a part of your characters.

In general, I’m not a team player. That means I’ve had run-ins with people who are team players but were getting screwed by those whom were most loyal to. I didn’t understand selling out to the devil and they didn’t understand not pitching in. Such encounters sit in mental files waiting for the day when I’ll have a character who sold out to some blind authority figure and I’ll suddenly realize I’m writing what I know.

I’ve always thought that an author’s experiences made for some of their best work because they were telling stories that they lived through. Your “dark side” is a powerful ally when writing.

Sure, it might lead you do drinking too much, but that’s the price we pay for coming up with page-turner stories.

My protagonist, Jock Stewart, doesn’t like authority figures. Gosh, I wonder where I got the information to write about that.