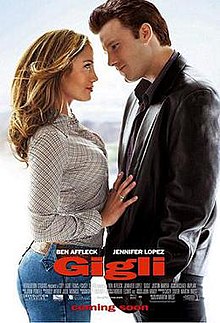 Writing coaches and writers’ magazines often provide writing prompts to help people practice their craft. A writing teacher of mine had a different approach. Whenever he saw a “bad” movie, he had fun figuring out how make it better. While the probably stayed within the realm of the plot and the dialogue, my Radio/TV undergraduate major causes me to include acting and production values.

According to FilmDaft, “The key ingredients that make a movie ‘good’ are when the acting, directing, writing, cinematography, and overall production value all come together to tell one cohesive, entertaining, and impactful story. In essence, a good movie uses all these tools of filmmaking to tell a compelling story that makes you feel.”

True, but that’s a bit general, so when I consider what would make a bad movie better, I usually stick to the writer’s part of it.

Here I think we can say that if the premise and plot structure are flawed, the movie probably will also be flawed even though everyone and his/her brother probably had a hand in the rewrites before the film was finished.

To make this excercise work, we need to stay away from reviewers and critics and the flaws they see and use the flaws we see. Of course, even good movies may have flaws. For example, “Ladyhawke” is one of my favorite films, but I think the music chosen for it is an abomination and that Matthew Broderick’s character was too flip for the time when the film was set.

When a movie is bad, it’s often because it’s predictable, has unlikely plot twists, is based on a faulty premise, or is jokingly unrealistic within the time and place and subject area in which it was set. Doing this exercise as a writer, I think about:

Did you see the 2003 film “Gigli”? It was considered a failure, often due to general disorganization and a clumsy plot. Okay, these are problems a writer can work with while ignoring critics’ complaints that Affleck and Lopez lacked chemistry. So here the excerise becomes fixing the plot.

Never fear, if you play around with this exercise, you don’t have to re-write the script or even come up with a new treatment for the story. Nailing down what you might do to make it better will, I think, help you see how any story can be made workable.