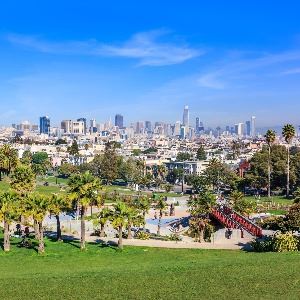 My family lived in the San Francisco Bay area when I was born. I saw them later on visits while in elementary school and later as an adult. Two perspectives: family and city attractions through a child’s eyes and man’s eyes.

I father’s sister Vera lived up the hill from Mission Delores Park for most of her life, communting to and from work on the J Church Street car that ran along the park’s edge.  When I was in the navy, I lived in an apartment next to Mission Dolores Park a short walk from Vera’s apartment. When I wasn’t using my car, I also commuted in and out of town on that

same old street car to the terminal where I mad connections for a bus ride across the Bay Bridge to Alameda where my ship was in port. That Naval Station is no longer there.

When I was a child, the family often visited my great Aunt Claire in a nursing home in the 1950s. She was still living in that same nursing home in 1968–all those years: hard to imagine. When I saw her in 1968, she was sharp and alert and spoke one minute about going across country in a covered wagon when the family moved west from Iowa and then about the policies of the Nixon admiistration that she didn’t approve of. She lived to be about 103 years old. 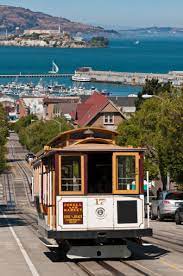 Lesa and I went to San Francisco on our honeymoon in 1987 and there was my old world in another incarnation, a married man “seeing” the cable cars, Golden Gate Park, and other sites from my wife’s perspective. Of course we sent to fisherman’s wharf, changed over all the years, and enjoyed the cable cars. And, we visited the family that was still around.

When I was young, I thought I’d end up living in San Francisco. I loved those wonderful hills. But as I grew older, the city grew out of reach: I could no longer afford it. The three-story aparment building where my aunt lived is now a private home worth around $2,000,000. And then, too, all  my employment

offers were in the Atlanta area which is quite another world. And that includes California politics which have slid further to the left than I carew for.

Vera’s old house is still there with a blur from Google Street View. She lived on the top floor with a bay window that gave her pretty much the entire city to watch. Years ago, a short dead-end street ran behind the buildings so I always parked my car at the fourth floor level and walked in her back door. I’ve cropped the picture close to avoid showing the modern home built on the right that doesn’t match the neighborhood (and looks ugly).

I had plans for this house when I was little and didn’t know the ways of the world. I always thought it needed an elevator. In many ways, my heart resides in on 20th Street between Sanchez (where Vera lived) and Dolores (where I lived).

Unlike Tony Bennett, I can’t (on the advice of my lawyers) sing the old song for you, you know, the one about little cable cars climbing halfway to the stars, so this post is a brief taste of where I grew up off and on.