One of the more interesting books on my shelf is The Seven Pillars of Wisdom by T. E. Lawrence. The first edition, which came after the manuscript was lost multiple times, was privately published in 1926. My copy, from Doubleday, was published in 1935 and fortunately looks better than the copy shown in the picture.

The book, was used as a resource for the 1962 film “Lawrence of Arabia,” winner of seven Oscars including Best Picture and Best Director. This is my favorite film.

The book is an autobiographical account of Colonel T. E. Lawrence’s work as an military advisor to the Bedouin forces during the Arabs’ revolt against the Turkish Empire between 1916 and 1918.

Penguin describes its edition of the book as follows: “In his classic book, T.E. Lawrence—forever known as Lawrence of Arabia—recounts his role in the origin of the modern Arab world. At first a shy Oxford scholar and archaeologist with a facility for languages, he joined and went on to lead the Arab revolt against the Ottoman Turks while the rest of the world was enmeshed in World War I. With its richly detailed evocation of the land and the people Lawrence passionately believed in, its incisive portraits of key players, from Faisal ibn Hussein, the future Hashemite king of Syria and Iraq, to General Sir Edmund Allenby and other members of the British imperial forces, The Seven Pillars of Wisdom is an indispensible primary historical source. It helps us to understand today’s Middle East, while giving us thrilling accounts of military exploits (including the  liberation of Aqaba and Damascus), clandestine activities, and human foibles.” 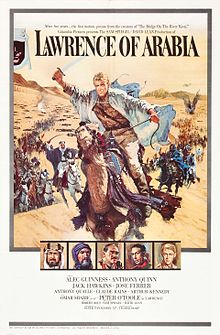 Like others, I’ve been fascinated by Lawrence’s introductory poem which may have been focused on the region or on an individual (nobody seems to know):

I loved you, so I drew these tides of
Men into my hands
And wrote my will across the
Sky in stars
To earn you freedom, the seven
Pillared worthy house,
That your eyes might be
Shining for me
When I came

Death seemed my servant on the
Road, ’til we were near
And saw you waiting:
When you smiled and in sorrowful
Envy he outran me
And took you apart:
Into his quietness

Love, the way-weary, groped to your body,
Our brief wage
Ours for the moment
Before Earth’s soft hand explored your shape
And the blind
Worms grew fat upon
Your substance

Men prayed me that I set our work,
The inviolate house,
As a memory of you
But for fit monument I shattered it,
Unfinished: and now
The little things creep out to patch
Themselves hovels
In the marred shadow

Since Lawrence kept extensive notes about the revolt against the Turks, this book is probably the definitive resource about the military action. According to Wikipedia, Sir Winston Churchille said, “It ranks with the greatest books ever written in the English language. As a narrative of war and adventure it is unsurpassable.”

Lawrence refused his knighthood because the British government renegged on its promise to create an autonomous Arab state once the Ottoman Emptire collapsed. In this book, we see the seeds of many problems that occured later in the region. 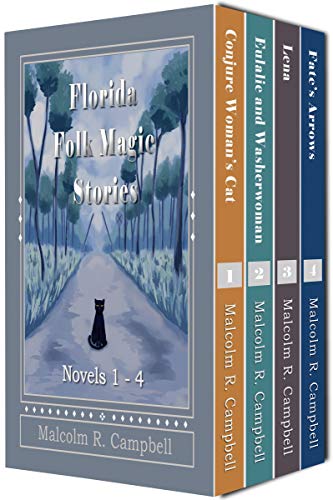 Malcolm R. Campbell is the author of multiple novels, including the four-book Florida Folk Magic Series. You can save money by purchasing the novels in a group as shown here.