“I want to allow this company to leave smoking behind,” Philip Morris CEO Jacek Olczak said in an interview with the Mail on Sunday. “I think in the U.K., 10 years from now maximum, you can completely solve the problem of smoking.” 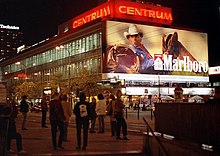 Dang, I grew up with the Marlboro Man and the concept of Marlboro Country, the wide-open spaces where we were free to smoke cancer sticks whenever we wanted while riding our trusted quarter horses across the endless high range in search of lost calves and lost dreams.

Now I’m lost. I haven’t smoked a Marlboro since the 1990s, but as long as they were out there, I could always saddle up and light one up. We became addicted because you, Philip Moris, gave us what was once an acceptable way to do so. But now–or soon–I won’t be able to go back to those days even if I need to.

My addiction probably goes back to the navy when the CPO said, “Smoke ’em if you’ve got ’em” or when the announcement came over the ship’s IMC (public address system), “The smoking lamp is lit.” Gosh, was it possible to be sent to the brig if you didn’t have a cigarette dangling out of your mouth? Perhaps not, but if you weren’t smoking, suffice it to say, you weren’t part of the team. So much for advancement!

I might have strayed from Marlboro Country from time to time.  I smoked Roxy in the Netherlands and Gauloises in France. But it wasn’t the same. Neither were Players and Senior Service in Britain. They tasted bad and didn’t have a country available where you could ride off into the sunset with cancer. At least Raleigh cigarettes gave out coupons you could save up for an iron lung.

So, we say goodbye, sadly, to Marlboro Country. Maybe not today. But soon. We’ll probably be better off once it’s gone because addiction never goes away. I hope this is one problem our grandchildren never have to face. They’ll have to find their own addictions, books maybe, or Philip Moris biscuits with a dash of marijuana.