From my colleagues at Thomas-Jacob Publishing

Child of Sorrow by Melinda Clayton

When fourteen-year-old foster child Johnathan Thomas Woods is suspected of murder, an old letter and a tacky billboard advertisement lead him to the office of attorney Brian Stone. Recognizing the sense of hopelessness lurking under John’s angry façade, Stone is soon convinced of his innocence. When John offers up his lawn-mowing money as payment, Stone realizes this is a case he can’t refuse.

In the face of overwhelming evidence assembled by the prosecution, Stone and his team find themselves in a race against time to save an angry boy who’s experienced more than his fair share of betrayal, a boy who more often than not doesn’t seem interested in saving himself.

In the tranquil solitude of a darkened Room 12 in the ICU on the sixth floor of Memorial Hospital’s Wing C, a mortal existence is drawing to an end. His head and torso swathed in bandages, his arms and legs awkwardly positioned in hard casts and layers of heavy gauze, he’s surrounded by loved ones yet unable to communicate, isolated within his own thoughts and memories.

He does not believe himself to be an extraordinary man, simply an ordinary one, a man who’s made choices, both good and bad. A man who was sometimes selfish, sometimes misguided, sometimes kind and wise. A man who fought in a war in which he lost a part of his soul, who then became a teacher and worked hard to repair the damage.

When faced with the end, how does one reconcile the pieces of an ordinary life? Does a man have the right to wish for wings to carry him to a summit he believes he doesn’t deserve to reach? 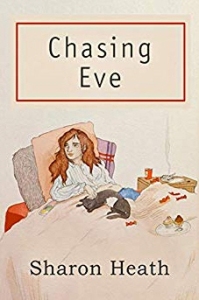 Everyone expected big things from Ariel Thompkins. Wasn’t she the girl who’d roped her friends into one madcap adventure after another, who’d met the challenge of losing both parents before turning eighteen, who’d gone on to graduate summa cum laude from UCLA? So how did this livewire end up delivering the day’s mail for the U.S. Postal Service, hunkering down each night with her half-blind cat in front of the TV, ruminating over the width of her thighs? It looked as though it would take a miracle to get her out of her rut. Who knew that miracle would come in the form of an acutely candid best friend and a motley crew of strangers—a homeless drunk once aptly nicknamed “Nosy,” a lonely old woman seeing catastrophe around every corner, a shy teenager fleeing sexual abuse, a handsome young transplant from the Midwest with a passion for acting and for Ariel herself? Not to mention the fossil remains of a flat-faced crone who just might have been the ancestress of everyone alive today? Chasing Eve takes us on a funny, sad, hair-raising adventure into the underbelly of the City of Angels, where society’s invisible people make a difference to themselves and to others, and where love sometimes actually saves the day. 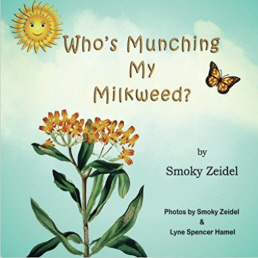 When Ms. Gardener discovers something has been munching on her milkweed plants, she embarks on a fun and educational monarch butterfly journey that enchants both children and adults.

With Photographs. Zeidel is a Master Gardener.

2 thoughts on “A cool selection of fiction”