If you have arrived at this post today expecting high-quality research, you’re in the wrong place.

Basically, federal and state governments levy sin taxes on anything remotely harmful that will nonetheless bring money into the coffers. The government prefers to call it an excise tax to cover up the notion that sin taxes are really a religious matter. In some countries, government and religion are the same thing, while in the U. S., they’re not supposed to be. 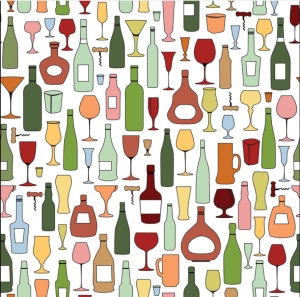 Even so, the government makes a killing off sin taxes because the faithful think sin is wrong even though they drink, smoke, have sex outside of marriage, and other naughty things. This is better than the old days when the government killed people for sinning. In some countries they still do.

It seems to me, that sin taxes ought to apply only to members of churches that believe a certain activity or purchase is sinful. Non-members basically have a get-out-of-hell-free card except in those countries that still charge people with heresy who are not members of the religion in vogue.

This idea might decrease church membership. On the other hand, it could be the start of churches that aren’t paternalistic, that don’t have long lists of things we’re not supposed to do–like dancing, for example. I’ve always liked the idea of a sect called The Church of What’s Happening Now.  It’s kind of a different strokes for different folks approach to the Creator who, at present, isn’t getting a cut of the so-called sin taxes.

The best short-term approach is to make sin taxes optional. When you walk into a liquor store or a grocery store that sells wine and beer, you should be handed a form that asks if you believe the liquor you’re buying is sinful to drink. If you answer “yes,” you pay the price. If you answer “no,” you get (more or less) 50% off the price on the label.

It’s the right thing to do. None of us should be forced to pay for sins we don’t believe in.

The animals are lucky. They don’t have to worry about sin or sin taxes.

2 thoughts on “Sin Taxes: do they violate the separation between church and state?”