I keep hoping that after all of the promises we hear from candidates claiming they will bring troops home from Iraq and Afghanistan, and close the prison at Guantanamo, somebody will actually do it.

Today’s CNN headline Biden administration considering 6-month extension for US troops in Afghanistan is discouraging. I understand why we’re there: it was a knee-jerk reaction to the 9/11 attacks. Now it’s simply another needless morass like Iraq where U. S. soldiers and civilian contractors continue to be killed and wounded with no discernible or viable policy benefits.

The casualty figures–the new name for the body counts of the Vietnam War era–are said to be low, to be within plan, to be acceptable. These counts do not include the casualties who survive and come home with PTSD and worse and never get their lives back together. 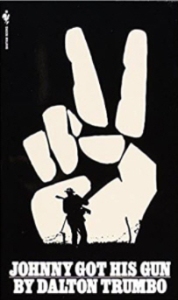 In his 1970 introduction for the new edition of Johnny Got His Gun, author Dalton Trumbo spoke to the “many hundreds or thousands of the dead-while-living,” saying, “So long, losers. God bless. Take Care. We’ll be seeing you.”

The book, for me, is one of the most potent and troubling anti-war novels ever written. Trumbo, of course, knows that we typically look away from those who come home in tatters. Very few campaign rallies are held beneath the viaducts and along the city streets where our homeless vets are scratching out a living. We cheer when the men march away and hide inside our comfortable homes when they return–worse than dead.

So, when I ask why we are still in Iraq and Afghanistan even those who keep sending our soldiers there have yet to come up with a sensible answer.

As a pacifist and conscientious objector, Malcolm R. Campbell is the author of the anti-war novel “At Sea.”

2 thoughts on “Afghanistan – why?”