Once you get to my age, you notice obituaries for younger people who are said to have had a long and happy life. You also notice that people whom you worked with years ago–and would like to contact–are gone leaving, I guess, a séance as the only alternative since they no longer have e-mail or Facebook accounts.

As I research my novel in progress, I think of people who have the information I need–or, perhaps, the advice I need–and realize they’re long gone. My main character in Conjure Woman’s Cat claimed she was older than dirt. I am by no means ready to make such a claim.

So, where is everybody?

I find the loss of old colleagues and old friends more disturbing than the yearly lists of famous people who “were gone too soon.” Most of those people never returned my calls. Those who did are the ones I miss. 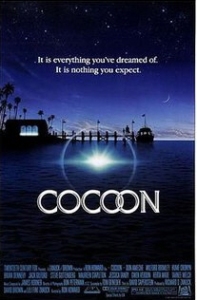 Basically, I think the people we love should never die. I guess that was one of the themes of the 1985 movie “Cocoon,” a film I happened to like. And the cast! (from Wikipedia): “Cocoon is a 1985 American science-fiction comedy-drama film directed by Ron Howard about a group of elderly people rejuvenated by aliens.[6][7] The film stars Don Ameche, Wilford Brimley, Hume Cronyn, Brian Dennehy, Jack Gilford, Steve Guttenberg, Maureen Stapleton, Jessica Tandy, Gwen Verdon, Herta Ware, Tahnee Welch, and Linda Harrison. The screenplay was written by Tom Benedek, from David Saperstein’s story.”

I suppose the film did well with those who liked the idea that they would never die. I happen to think that notion is true. But while we are separated from each other, it would be nice to have a cosmic e-mail service as a way for keeping up.

2 thoughts on “What if all those younger than you are dead?”