The song has a bright, expansive melody and has become famous for its surrealistic imagery, influenced by artists as diverse as French poet Arthur Rimbaud and Italian filmmaker Federico Fellini. The lyrics call on the title character to play a song and the narrator will follow. Interpretations of the lyrics have included a paean to drugs such as LSD, a call to the singer’s muse, a reflection of the audience’s demands on the singer, and religious interpretations. – Wikipedia 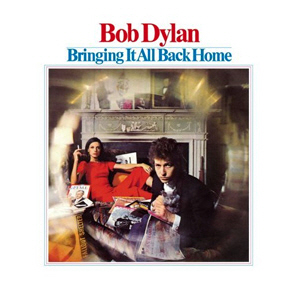 Bob Dylan released “Mr. Tambourine Man” in March 1965 in his “Bring It All Back Home” album when I was at the last place I wanted to be (college), tied down, I thought, by an ancient canon of learning that was taught and graded in an ancient style of “education” that did not meet my needs nor my temperament. What would have met my needs would have been saying “to tell with all this” and then telling Mr. Tambourine man “I’ll come following you.”

Five years later, Gordon Lightfoot released a song with a similar intent, “Minstrel of the Dawn” on his “If You Could Read My Mind” album when I was–once again–in the last place I wanted to be (the navy) freshly returned from Vietnam and a war I did not support then serving (ironically) on the staff at the navy’s boot camp where I helped prepare others to go to the place I just left. I soon became a conscientious objector and left the navy having become a convert to the minstrelsy of the “Minstrel of the Dawn” in the jingle jangle of a new morning. 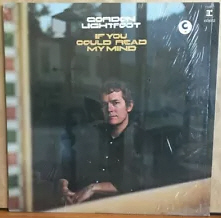 Because of my belief in dreams, I am nothing if not impractical, and heavily influenced–actually under the spell–of these two songs for a lifetime, and while I cannot duplicate the quality of the songs, much less an old-time Troubador, I have always infused their spirit and spell in my work. That is to say, I lead my characters astray and want to hypnotize readers into following them–as Lightfoot says–“While the old guitar rings.”

Some have said Mr. Tambourine man is about losing oneself to drugs, a notion that Dylan denies. Like most writers, I’m dealing something more dangerous than drugs: words and stories spun into haunting and irresistible dreams. If the government ever figures out the truth about stories, they’ll either ban them or heavily tax them.

If you read fiction, you know that stories are written to make you “forget about today until tomorrow” while trying to “get into things more happy than blue.” There are side effects to such stories that are more dangerous than those attached to Fentanyl and Oxycontin: addiction to freedom and dreams. I’ve been prescribed Oxycontin at least three times and never got addicted because stories were always a much great temptation.

Money-wise, the street value of stories is less than the street value of Fentanyl and Oxycontin. However, I should mention that there’s no cure for stories. It won’t matter because, in your jingle-jangle mornings, you’ll be too far out in space to want one.

Click on my name to see the stories in my bag.