You don’t stop brushing your teeth during the holidays, so don’t stop putting a few words on paper. It’s your habit. It’s your mission. Unless it’s a hobby, which in that case you only write when you feel like it. Only you know the difference. – Hope Clark

So, what do you think about this quote?

Hope Clark tries for a thousand words a day. But if something gets in the way, she tries to put as many words down as possible. Maybe it’s a hundred, maybe it’s a thousand. It’s something, though, because she’s a professional novelist and that means putting words on the page is just as important as an otherwise employed worker showing up at the office every day.

She’s the author of “The Edisto Island Mysteries” and the “Carolina Slade Mysteries.” They read well and she’s developing a platform and a lot of satisfied readers. I mention all this, not to promote Hope Clark, but to note that while many of you may not have heard of her, she’s a successful novelist. 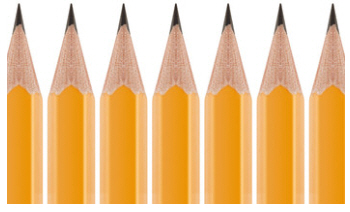 Many of us are not successful novelists, as the industry views the phrase, because we don’t write every day. We may have a few published books out there via small presses or self-publishing, yet we write more from the perspective of hobbyists than professionals. I suppose that if a writer’s books have never made money, then s/he finds it hard to see himself/herself as a professional. If you’re not making money or slowly gaining a list of satisfied readers, there’s no incentive for writing 200 words or a thousand words a day.

So, we rely on bursts of creativity and sooner or later we finish a book or a collection of short stories and then it gets published and appears on various online bookseller sites. Sure, we wish either that Oprah would call and tell us our latest is her next book club selection or that a Hollywood studio found our latest and has put down the cash for an option on the material. But, the chances of that are slim to none, so there’s no reason to try and turn out as many novels per year as James Patterson.

Perhaps writing when we feel like it is an expensive hobby, but more exciting than collecting stamps and coins, taking photographs of every national park, or joining a quilting club. Early on, we decided we are who we are and so that’s the way we’re going to write. If you’re young, maybe you want to keep pushing. If you’re not young, maybe you don’t.

I have no regrets about being who I am. I hope you feel the same about yourself and the number of words you write per day. We need to follow our hears when it comes to who were are and how often we write.