I never understood why I was forced to take English courses since I was fluent in the language. Consequently, the rules made no sense to me because they seemed to be applied after the fact to something I did naturally. Also, I associated the rules with drill which was tedious and boring and seemed to have no practical application to speaking or writing.

Think of something you do naturally–like walking. Suppose you were forced to take a class in walking which was based on all the scientific things known about a person’s body and how it walks. Quite likely, you might think–unless you wanted to become a doctor–that the science of walking had little to do with your ability to walk. Yet, your school system mandated a course in walking because, after all, people need to be able to walk. 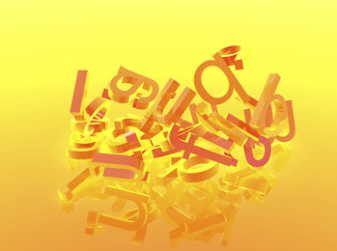 In today’s world, immersion-style approaches to learning a language seem to get the best results. Languages, such as Scots Gaelic, Blackfeet, and Hawaiian that were on the verge of extinction are being rescued through an immersion approach. I often wonder whether I would have been less at war with my English teachers if they had focused on immersion rather than atomistic drill.

Being a rebel had some unfortunate consequences when it came to learning other languages. When I took courses in Spanish and German, those courses were based on formal grammar rules. So, when the teacher said, “Today we’re going to talk about the XYZ rule,” I had no idea what that referred to because I hadn’t retained any rules by name from my English classes. So, I was behind the eightball since I had to figure out what kinds of phrases those rules applied to in English before I knew what the Spanish teach or German teacher was talking about.

It seemed to me that everyone who wasn’t a rebel in English class and who went to the trouble to learning all the rules had a much easier time when they showed up in a German, Spanish, or French class. When the teacher said, “Today, we’re going to look at the future perfect conditional,” everyone but me seemed to know what that was.

When I was taking German and Spanish in high school and college, I think an immersion-style course or study abroad approach would have helped me rather than approaching the languages in courses based on rules and drill. The rules make no sense to me in English, so I have no jumping-off point for learning new languages in a rules-based approach.

With a Scots ancestry, I’ve always wanted to learn Scots Gaelic (Gàidhlig), a language that I think might be coming back after years of being banned and slandered by the English. I also wished I was capable of learning Blackfeet because I began my writing career with a focus on Montana and also Hawaiian because I love the Islands. Knowing the language is the key to many things because it’s tied directly to the soul of the people who speak it. No wonder the U.S. banned Hawaiian and Blackfeet for years.

But, I digress. When the Blackfeet Nation started a school in Browning, MT that would help people recover their own language, they corresponded with experts in Hawaii who were using immersion techniques to save the Islands’ language from extinction. I corresponded with educators in both groups about 20-30 years ago. I felt bad because my country tried to destroy those languages just as the English tried to destroy my ancestors’ language. But I was stuck: I couldn’t learn any of these languages by going to the places they were taught/spoken and I couldn’t learn them based on language structure drills.

My view is that we need to find ways of saving dying languages and better ways of teaching our own. I have no clue what those ways are, but as an author, I know I’d be lost if my own language suddenly became illegal due to the edict of one conqueror or another. The theft/destruction of a people’s language is about as low as one can go; it’s unconscionable.  Goodness knows I can’t help fix the problem because being a rebel in English class had more far-reaching ramifications than I knew.

My view is that we should spend time and resources restoring all the American Indian languages we tried to destroy.

My ignorant love of languages has led to the use of Hawaiian, Blackfeet, Tagalog, and Gàidhlig in my books with a lot of help from native speakers. I appreciate the help of an instructor from the University of Hawaii for the translations in this novel.