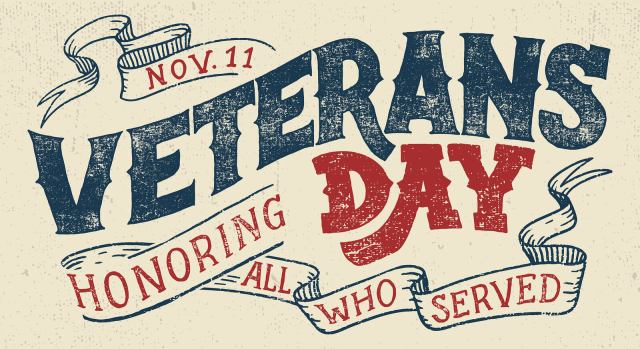 “Thank you for your service.” Veterans appreciate hearing that.

Some people mix up Veterans Day and Memorial Day. I know this because official ceremonies for November 11 often occur in or near cemeteries. Photographs often feature gravestones. While well-intentioned through their inadvertent odes to the dead, these mixed-up commemorations are a faux pas because–to the cynical viewers like me–they show that people are too busy shopping and otherwise enjoying a holiday to get the reason behind the holiday right.

Today is for those who came back, not those who didn’t.

In my fiction about war, I have said that the dead are often the lucky ones, for those who come home to be thanked for their service once a year often have physical and mental wounds that will never heal. They often live under bridges, suffer through years of PTSD, lose sleep for the nightmares of war that cannot be erased from their memories, create dysfunctional families when they cannot re-acclimate into civilian life, and–if they fought in a war after WWII and Korea–they will hear that nobody wanted what they fought for and that it would have been better for them if they’ never come home.

Personally, I would rather my family see my name on the Vietnam War Memorial than on any list of heroes or in any photographs of soldiers receiving awards. Why? The survivors pay too much for having served. Death is so much better, so much more peaceful, and so much more blessed than being condemned by fate to become a living casualty whose dreams remind him/her of the worst human being can do to each other.

I salute the veterans who have triumphed over their memories of war, memories that will never be fixed by the words, “Thank you for your service.” They are braver and stronger than I am.

In spite of my anti-war cynicism, I’m glad the country steps aside from the more mundane moments of life long enough to celebrate a Memorial Day and a Veterans Day. These days remind us of the sacrifices of the living and the dead.

Malcolm R. Campbell is the author of the anti-war novel “At Sea”

2 thoughts on “Veterans, I think, suffer more than the dead”