The National Book Foundation announced that LeVar Burton, acclaimed actor and entertainment industry professional, will host the 70th National Book Awards on November 20, 2019 at Cipriani Wall Street in New York City. Burton, who is known around the world as Chief Engineer Geordi La Forge in the iconic Star Trek: The Next Generation television and film series, and as the host and executive producer of Reading Rainbow, will serve as master of ceremonies for the event that will announce the National Book Awards Winners in the categories of Fiction, Nonfiction, Poetry, Translated Literature, and Young People’s Literature. The ceremony will also include the presentation of two lifetime achievement awards, to Oren J. Teicher, CEO of the American Booksellers Association and pioneering writer Edmund White.In addition to announcing the winners of the National Book Awards, the benefit dinner on November 20 serves to fund the educational and programming work of the National Book Foundation year-round. 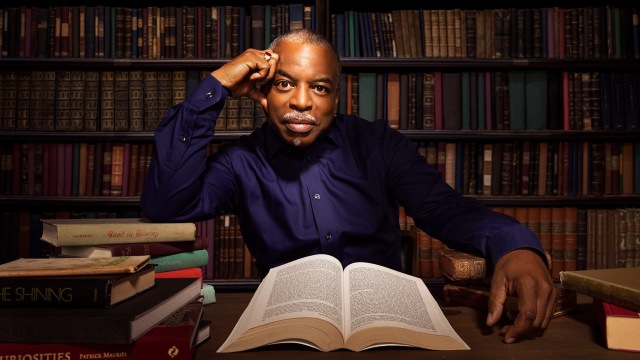 I think it helps awards programs when an individual known to the general public serves as the host. This man is a great choice for we’ve watched in on the screen for years and he has been active in publishing. So, unlike some of the celebrities who testify before Congressional committees, Burton knows publishing and books.

Wish I could be there.

“Mountain Song” is free on Kindle from October 27 through October 1. This novel about a summer romance gone wrong is set in Glacier National Park and Tate’s Hell in the Florida Panhandle.