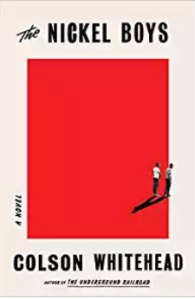 There are some books I don’t want to read. The latest is The Nickel Boys, by Colson Whitehead, based on north Florida’s notorious Dozier reform school.

I don’t want to read it because the real school was used by teachers and coaches in my Tallahassee, Florida high school as the ultimate threat should we transgress too often, or just once if we were black. At the time, there weren’t any black people in our school, but the newspaper was filled with accounts of students from other schools who were shipped to Marianna 57 miles west of us.

We didn’t know how bad the reform school in Marianna was until much later. There were always inuendos, ghost stories, and talk in the barbershop. But nothing much came of it until relatively recently. No matter where you live, you’ve probably read the stories of the so-called White House Boys who survived the beatings and the stories about the graves of those who didn’t.

I would like to say that I’m horrified. But so many things in this world have gotten so much worse than we ever imagined, that I’m starting to lose bits and pieces of my humanity and become hardened, somewhat jaded, and partially immune to such things. So far, I still have the capacity to be angry at those responsible.

So now I have a copy of The Nickel Boys. The first sentence in the prologue is “Even in death the boys were trouble.” I want to set the book down, but I can’t and I won’t.

Malcolm R. Campbell is the author of the mystery satire “Special Investigative Reporter.”