Some time ago, I read a post in the late Pat Conroy’s blog in which he thanked his publicity team from his publisher. No wonder he sells so many copies. His team was bigger than my neighborhood.

Most of us don’t have a publicity team, so we try to do it ourselves. Frankly, we like to think that our strong points as authors are the books we produce. Our weak points are creating ads, blog posts, and scintillating website copy. But we try.

I just finished reading an author’s book that came out several years ago from a sizeable publisher. When I checked her website, I was surprised to see that it had been more or less dormant for three years. Maybe she can afford to let it go until her next book comes out. But most of us can’t. So, if we have blogs, we try to post often. If we have websites, we keep tinkering with them in hopes that visitors will be lured back with fresh stuff to read. 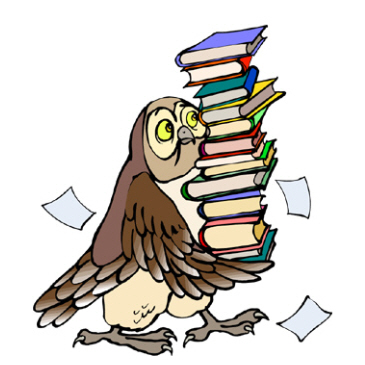 Sometimes we have real news. I recently announced the new hardcover editions of Conjure Woman’s Cat, Eulalie and Washerwoman, Lena, and a collection of short stories called Widely Scattered Ghosts.

A few days ago, AudioFile Magazine posted a favorable review of the Audiobook edition of Lena.  Sometimes we have to rely on back-up materials, in my case, I often post pictures of the Florida Panhandle where my books are set and recently posted an opinion about the bankruptcy of white supremacy. Frankly, once we were out of the Jim Crow era, I didn’t expect to see it again.

Lately, tinkering hasn’t been enough. Book sales have been down for a while for many self-published and small-press authors. I’m glad it’s not just me, but knowing that doesn’t tell me what to do to fix it.  Some changes have hurt us. One is the fact that Amazon has changed its giveaways so that they work less well for small-press and self-published authors. GoodReads giveaways used to be free; now they cost over $100. Sure, both sites need to make money for what they offer, but they are doing so at small-press authors’ expense. That means, I can no longer afford to run giveaways on either site, and that’s a great loss of exposure.

Fewer people seem to be posting reviews of small-press authors’ books these days. Needless to say, this looks bad when prospective readers come to a book’s listing page on Amazon and see almost no reader comments. On the plus side, people are leaving more reviews on Audible than before, and that helps generate interest in our audiobook editions.

Some authors ask for reviews on their blogs, websites, Facebook, and Twitter. I don’t like doing that. For one thing, it seems amateurish. Well-known authors certainly don’t try to shame readers into posting reviews on GoodReads, Amazon, and Barnes & Noble. Frankly, I don’t think readers should feel an obligation to post a reader review. While I wish they would, I don’t fault them for not doing it.

In the last year or so, many book newsletters that promote books on sale have been charging more, expecting a larger number of Amazon reviews, and–in spite of that–have brought lower sales. I won’t say this sales method has dried up, but it seems that way. Yet, telling readers I can’t get into newsletters because they aren’t reviewing my books seems wrong.

I do fault many media sites who talk about the best books of the year, post lists of upcoming books to consider, and in late summer start creating their top books of the year lists. Most, if not all of them, ignore small-press books. So what you have is the best books from publishers like HarperCollins, Penguin, and Hachette. Most publishers and their books are off the radar. These lists offer a lot of exposure throughout the year, though I have to say, they are promoting books that don’t need any help. Those books that could benefit the most from, say, a list of the best beach reads or best books of the year (so far), aren’t even considered.

To some extent, I think many small-press and self-published authors are in a hurry: the books are printed as soon as they’re finished and edited. Instead, they should have advance copies ready for review sites that expect to see prospective books four months prior to publication. Mainstream sites require this. Then, the hardbacks need to be issued first–which is standard–followed by Kindle editions and then many months later by paperbacks. Why? Because this is the way big publishers work and when we don’t do things this way, we lose exposure and look like also-rans.

What this all means for small-press and self-published writers is finding ways to cut back. Cutting back, of course, reduces their books’ exposure. One of the first things to go will probably be the website. If it costs more than an author makes from royalties in a year, it’s not pulling its weight. And of course, none of us wants to run in the red. In other cases, small publishers may close their doors because the time and expense of reading, editing, formatting, and publishing new titles are no longer viable. I think this is a sad thing for many reasons, among them, being allowing the conglomerates to publish/control the books we read rather than having a strong grassroots competition from indies of all kinds.

I read a larger number of books every year, most from BIG PUBLISHERS. Why? Those are the books I hear about and those are the books with a lot of Amazon and GoodReads reviews. Perhaps most of you find your books the same way. What I hope, though, is that when readers find a small-press or self-published book they like, they will tell their friends about it, mention on Facebook that they enjoyed it, say something in their blogs about it, and consider posting a review on Amazon, GoodReads, and Barnes & Noble. This support helps authors stay in business and write more books that will also catch your attention. And, it keeps the conglomerate publishers from controlling everything we read!

As those old two guys on the old Bartles & Jaymes TV wine cooler commercials used to say, “thank you for your support.”