According to the Incident Information System, “Thursday afternoon at approximately 6:00 pm, the main building at the Sperry Chalet was lost to the Sprague Fire. A highly skilled group of firefighters were staged at the Sperry Chalet over the last week. Those firefighters had an extensive hose lay, sprinkler, and pump system installed to protect all of the structures associated with the Chalet. The high winds experienced this afternoon pushed the fire to the east. The firefighters, supported by 3 helicopters, made a valiant stand to save the structure but were unsuccessful in saving the main Sperry Chalet. The firefighters remain on site, ARE SAFE, and are currently actively engaged in protecting the remaining structures.”

The other structures are a dining room/kitchen, maintenance, and restroom building.

Nearby Lake McDonald Lodge was closed for the remainder of the season August 29 due to air quality concerns.

One of two back-country chalets built by the Great Northern Railway (now BNSF), Sperry opened in 1914. It featured 17 private rooms. Unlike Granite Park Chalet, Sperry provided linens and meals. The rooms had no heat, water, or electricity. Guests were advised to bring flashlights since candles were not permitted.

The chalet was listed on the National Register in 1977. 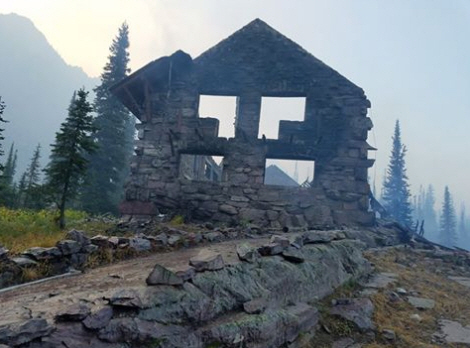 InciWeb Update: September 3: “Based on recommendations from the Sprague Fire Incident Management Team, Glacier National Park has issued an Evacuation Order effective September 3, 2017 at 10 am for all residents and visitors from the south end of Lake McDonald to Logan Pass. This includes the Lake McDonald Lodge, concession housing, Kelly Camp Area, and the Avalanche and Sprague Creek Campgrounds. Logan Pass is still accessible from the east side of the park. The duration of the evacuation is unknown at this time.”

Fire Map as of September 3: 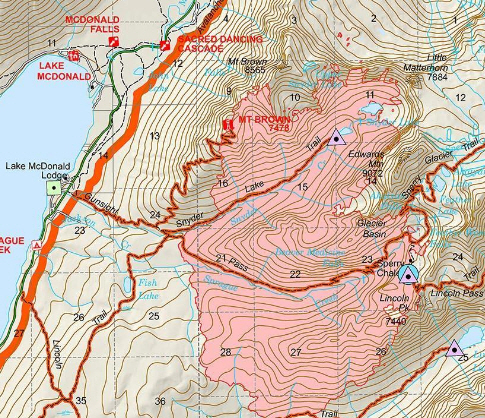