Even though July 30th was yesterday, this selection of posts about magical realism is still available. If you love the genre, you’ll find some fascinating ideas. 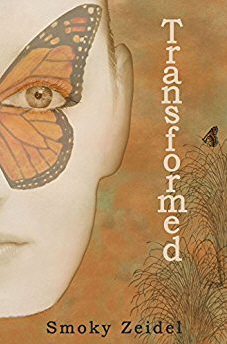 Thank you to all the readers who participated in the recent sweepstakes for Emily’s Stories on Audio Book Reviewer. Kelley Hazen and I are glad you stopped by and signed up. Congratulations to the winners and thanks to those of you who have already posted reviews.

This post WWI thriller mixes historical and fictional characters in a fast-paced search for a missing actress (Joyce) in the very different Los Angeles of another era. The ambiance and history anchor the story which pits ex-marine aviator (Danny) and against the seedy unknowns of the big city where overlapping police jurisdictions and the corrupt politics of prohibition make it easy for many crimes to fall through the cracks.

Danny is determined to find Joyce in spite of impossible odds, and this makes him a believable and determined main character. Inasmuch as missing persons cases typically includes gaps of time when no new information is found, the story takes a few side trips that, while relevant, slow down the pacing a bit. It also doesn’t seem likely that Danny, as a civilian, would be included in police actions. Otherwise, the story moves well with a high degree of credibility toward a satisfying conclusion. Readers will feel anger over Joyce’s circumstances and respect for Danny’s perseverance, and cannot help but hope that they find each other again and make the bad guys pay for what they’ve done. 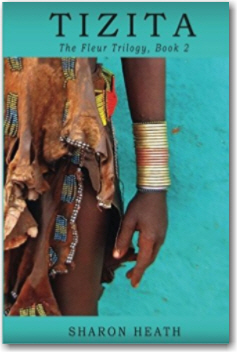 Recently released from Thomas-Jacob Publishing, Tizita, a new novel by Sharon Heath: “Physics wunderkind Fleur Robins, just a little odd and more familiar with multiple universes than complicated affairs of the heart, is cast adrift when her project to address the climate crisis is stalled. Worse still, her Ethiopian-born fiancé Assefa takes off right after her 21st birthday party to track down his father, who’s gone missing investigating Ethiopian claims to the Ark of the Covenant. Fleur is left to contend with the puzzle of parallel worlds, an awkward admirer, and her best friend Sammie’s entanglement with an abusive boyfriend. Assefa’s reconnection with a childhood sweetheart leads Fleur to seek consolation at Jane Goodall’s Gombe Stream Chimpanzee Reserve, but it’s through a bumbling encounter with her rival that the many worlds of Fleur’s life begin to come together. In the experience of tizita—the interplay of memory, loss, and longing—Fleur is flung into conflicts between science and religion, race and privilege, climate danger and denial, sex and love. With humor, whimsy, and the clumsiness and grace of innocence, Fleur feels her way through the narrow alleyway between hope and despair to her heart’s sweetest home.”

New, from Theodora Goss, my favorite review book for 2017, The Strange Case of the Alchemist’s Daughter. See my review here. From the publisher: “Based on some of literature’s horror and science fiction classics, this is the story of a remarkable group of women who come together to solve the mystery of a series of gruesome murders and the bigger mystery of their own origins. Mary Jekyll, alone and penniless following her parents’ death, is curious about the secrets of her father’s mysterious past. One clue in particular hints that Edward Hyde, her father’s former friend and a murderer, may be nearby and there is a reward for information leading to his capture…a reward that would solve all of her immediate financial woes. But her hunt leads her to Hyde’s daughter, Diana, a feral child left to be raised by nuns. With the assistance of Sherlock Holmes and Dr. Watson, Mary continues her search for the elusive Hyde and soon befriends more women, all of whom have been created through terrifying experimentation: Beatrice Rappaccini, Catherin Moreau, and Justine Frankenstein. When their investigations lead them to the discovery of a secret society of immoral and power-crazed scientists, the horrors of their past return. Now it is up to the monsters to finally triumph over the monstrous.”

Malcolm R. Campbell is the author of magical realism books set in Florida.