Americans like statistics almost as much as baseball aficionados. As we wend our way toward the end of a year, we see them, those statistics.

In the social media, people have been saying 2016 is a bad year for the high number of deaths of famous people, most recently Carrie Fisher and Watership Down author Richard Adams. And a few days ago, George Michael. Those who die younger than some unknown age are said to have died too soon. Even so, the loss of people who have lived well past the normal life expectancy is said to be tragic. 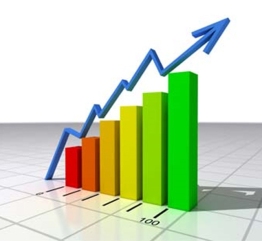 Celebrities impact us in larger-than-life ways. So, it’s not surprising that the deaths of well-known people impact us more than the numbers of people who died in Aleppo or the fact that traffic fatalities exceed the death tolls of most (if not all) of our wars.

So, we mourn the losses of the rich and famous whom we don’t personally know as though they are close friends and family. Those we don’t know, aren’t on our radar because–suffice it to say–in spite of the large numbers of dead in Aleppo, there’s no apparent connection between us.

That lack of an apparent connection is one thing that, quite possibly, keeps us sane as individuals, for we do not have the capacity to mourn everyone who dies with the same level of grief that’s present when we lose a spouse, parent, or child–or, apparently, a celebrity.

In some ways, celebrities are stand-ins for the heroes of old, and we celebrate them for doing and being what we believe everyone should be capable of doing and being; likewise, we chide them and turn on them when they disappoint us almost as though they’re our own wayward children.

How odd life and death are. We know in our hearts that everyone dies, yet express surprise when they do. As a writer, I often wrestle with this seeming paradox, but I have to tell you I haven’t come up with a suitable answer to it. In my other blog, I wrote that It’s hard to say goodbye to Princes Leia.  And it is. It seems natural that it is and it seems ironic that it is when those closer to home who are, say, friends of a friend impact me less. I hate to dismiss all this with something lame like “that’s just the way people are.”

Perhaps like Star Trek’s Mr. Spock, I mourned the loss of Janis Joplin in 1970 while wondering why I was mourning her loss. Yes, I liked her music. But I never met her, never saw her in a concert, didn’t have an autographed picture of her, hadn’t memorized her discography, and didn’t drink Southern Comfort. But still, I felt bad about it more than just shaking my head at the lost potential of her “going too soon,” “dying too young,” and the other things people said when when she was gone.

I still don’t understand the tragic nature of death or why the deaths of strangers often impact us more than the deaths of people who, by all reasonable statistics, are much closer to us. But mourning is what we do in good faith and quite naturally, so other than wondering about it as an author might, I can only say that it’s the way things are. That’s okay, I guess.