I’m proud of all of you who made up the 12,000 views this blog had during the past year. You came here to read author interviews and reviews and fiction and fantasy rather than searching for sex, drugs or rock and roll.

I’m proud of myself, too, for I said nothing about JLo, JLaw or Miley on her wrecking ball, and didn’t display any gratuitous pictures of Britney Spears, much less any of the year’s babes rocking jaw-dropping dresses on various runways, beaches, street corners, parking lots and other places where “regular people” wearing such clothes would be arrested.

I ignored Justin Bieber, Cory Monteith, anyone named Kardashian, the “Duck Dynasty” drama, said nothing good about “Breaking Bad,” and said nothing bad about the NSA taking over Santa’s job of compiling naughty and nice lists. I kept quiet about Michael Douglas and Catherine Zeta-Jones being spotted together for first time since the split.

Instead, the busiest day on Malcolm’s Round Table was August 7th with most of you reading “Briefly Noted: ‘The White House Boys’ and ‘The Boys in the Dark.'” 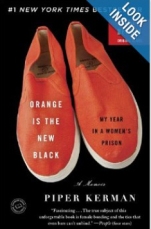 Suffice it to say, Piper Kerman didn’t stop by to tell us why orange is the New black. Would that have been a hot post? Probably. Instead, my most-read posts here (in addition to the White House Boys) were:

As an author of contemporary fantasy, I considered writing a cautionary tale about a young man who discovers that “the whole Hollywood thing” is more of an illusion than we thought. Joe Doaks, my protagonist, would discover that 99% of the hunks and babes we see on the Yahoo “news page” are really holographs projected by a Wizard Of Oz kind of guy who hides behind a curtain.

Then it occurred to me: but hey, that’s not a fantasy.

I’m hoping 2014 will also be a fun year on this blog without sex, drugs or rock and roll. Thank you for all your visits and comments in 2013. Oh, and in case you were wondering, Britney Spears Says She Loves Jennifer Lopez And Wants To Act.

Malcolm R. Campbell is thinking about being the author of books with titles like “Pretty in Orange,” “Researchers Discover the 51st Shade of Grey,” and “Wrecking Ball Breaks Up Pot Party.”