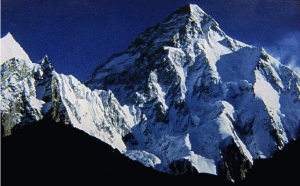 Most of us enjoy the world of our imagination even though many of our fantasies will forever be stamped CLASSIFIED.

As a writer, though, my job is spending large amounts of time with my imagination without having to admit to garden-variety daydreaming.

For example, I gave David Ward, my protagonist in Garden of Heaven some of my best and worst qualities. While people who really know me may debate which are which, those qualities include dreams I never fulfilled.

When I was younger, I wanted to work for the railroad, specifically the Great Northern, now a part of the Burlington Northern Sante Fe. The railroad was never hiring when I was looking. David Ward also wanted to work for the Great Northern. While it was not to be, he did get a chance to run a passenger locomotive for a few miles on the high line tracks east of Glacier National Park.

(Oddly enough, my wife and I were volunteers at a railway museum in the 1990s, and she turned out to be much better at running locomotives than I was, from a 44-ton yard goat to a mainline freight engine. Sigh.)

People who see my bad knees and ankles now can’t imagine that I used to climb mountains in Colorado and Montana, and (worse yet) that I actively wanted to climb Everest or K2. Unfortunately, such things were outside my budget.

But David Ward wasn’t cramped by his budget. So, I sent him off to climb K2, and (worse yet) to summit via the dangerous “magic line” route before it was called the “magic line.”

Pretending to run a diesel locomotive on the head end of a passenger train and to climb the most difficult mountain of the world are parts of my fantasy world. One of the perks of being a writer is using one’s active imagination and following through with such dreams in, perhaps, another reality or universe.

5 thoughts on “One of the perks of being a writer”