Let’s suppose Vladimir Vladimirovich Putin woke up a while back in his latest palace with a woe-is-me attitude and thought: “Проклятиеn, I’m getting old and my life has turned into nothing better than vodka, syphilis, and anonymity with reduced odds of catching up with the great deeds of Papa Joe.”

With nothing on his resume since Crimea, he was tired of oligarchs asking, “So Vladimir Vladimirovich, what have you done for us lately?” 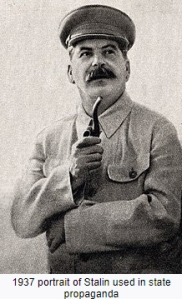 In his heart of hearts, such as it was, he thought of the joy Papa Joe must have felt while he was deporting residents of the Baltic countries to Siberia for real or imagined anti-Soviet behavior in 1941. Since most people didn’t know anything about that, history could safely repeat itself with a “cleansing” of Ukraine, those неблагодарные ублюдки (ungrateful bastards) who dare to turn their backs on the former USSR.

Or, there’s another possibility: he’s nuts. Several days ago, the “Daily Beast” wondered if “Putin Will Throw Mother of All Hissy Fits if Kyiv Attack Fails.” Chances are, he’s already having it even though Ukraine’s survival is looking more and more grim.

Ukraine has surprised everyone with its tenacity. If Putin hadn’t threatened a nuclear attack against anyone who intervened, would we have intervened. Probably not, though in spite of its middle ground posture, Israel might have had the guts to do it.

Putin’s ego(maniac) trip is about to change Europe and NATO forever. Too bad the syphilis didn’t kill him first.

Making Bombs for Hitler by Marsha Forchuk Skrypuch
My rating: 5 of 5 stars

Ukrainian Canadian author Marsha Skrypuch writes–as one interview said–“War Fiction: Writing the stories that haven’t been told.” She writes about genocide and displaced persons with an eye toward well-researched historical detail often given a personal touch through interviews with survivors who lived through the very stories her fiction brings to readers who often begin each book with little or no knowledge about the stories that have been covered up, overlooked, or allowed to fall through the cracks of our baseline knowledge about man’s inhumanity to man because fictional and historical accounts often focus on politics and battles rather than on those who suffered.

In “Making Bombs for Hitler,” Skrypuch–author of twenty books for young people–focuses on the Nazi practice of rounding up Polish, Ukrainian and other children and using them as slave labor in work camps on behalf of the Reich. Those who were too young or too infirm to be productive were eliminated. Some were drained of blood that was sent to the front for use by wounded German soldiers. Others, like the novel’s protagonist, Lida, were forced into camp jobs, rented out to local farmers and others, or pressed into factory work.

While Lida is a strong character, she is a child as are the others in her cold barracks room. So, young readers will be able to identify with her fears and concerns, including her worry about the fate of her younger sister who was taken somewhere else. Those sent to the bomb making factory are caught between their will to survive and the morality of making weapons for the Nazi war machine. It’s difficult to read this without wondering “As a twelve-year-old child, what would I do under similar circumstances?”

One strength of the book is the way in which Skrypuch portrays the bonding on the characters under deplorable conditions. They come together out of an inner strength much stronger than a simple will to survive, but out of a heartfelt and very human need to help each other. This is a heroic story that will stay with its readers long after the last page has been turned.

I have read most, if not all of Skrypuch’s novels because all of them are strong, well written and dear.