Okay, I stole that heading from a Pat Conroy book. One could spend a lifetime writing posts based on phrases like that out of his books. I like phrases like that because I like catching readers unaware–the flip side of relying on clichés.

All in all, I don’t think homemade sin is as popular as it used to be. In part, it takes more time than factory fresh sin. And, like those clothes people used to make from patterns or the cakes some people still make from scratch, homemade now seems to cost more than storebought.

Being pragmatic about my use of time, I’m willing to sacrifice a little bit of quality for easier living. Why make a pie crust when people can’t tell the difference between the one you made and the Pillsbury pie crusts next to the eggs and butter at the grocery store?

Unfortunately, most people won’t admit to practicing homemade sin, so it’s hard to compare its costs with the kind of sin that comes out of a can. Plus, a lot of people gave it up for the same reason people gave up homespun clothes–they got looked down on. Then, too, I think the sin consensus is that if it (the sin) can’t be mass-produced, it’s really something we don’t want to talk about, much less advertise on TV or display in a store window.

Frankly, I think sin–including so-called “original sin” is an invention of the church because–without it–we wouldn’t need the church. But that subject’s a whole nother post other than to note that whether you’re a church or a factory, sin is damn good business.

If you’ve read a lot of Pat Conroy’s books, you’ll not only find strong plots and lyrical prose but a fair number of real or imagined Southern expressions.  I grew up in the South, so I’ve heard some of the most twisted, profane, ludicrous, and humorous expressions folks can make up. Those that haven’t turned into clichés, I love to see in novels because they wonderfully define a character–the kind who would say such things vs. the kind that wouldn’t. Of course, the Navy has always been a fine source for beautiful profanity and other phrases most of us didn’t share with our families when we came on on leave.

And when it comes down to it, so-called sin makes better feature films and novels than everyday people being good. All you need is a little homemade sin to stir up the plot a little bit or–if you’re lucky–bring down an empire.

Satire and sin. It doesn’t get much better than that in a story about an old fashioned reporter stuck in the modern age.

We don’t hear this much any more since most people see “whitewash” as a metaphor for covering stuff up, usually for unsavory reasons.

To be flip about lack of money these days, one might say, “I’m too poor to pay attention.” Or, if you really mean you can’t paint your house, more people would understand “I’m as poor as a church mouse,” though that line has gotten a bit out of date because fewer and fewer people are going to church and those that do, don’t expect to see any mice there.

I could start saying, I’m so broke I don’t have a pot to piss in or a window to throw it out of. That probably won’t scan too well since few people answer the call of nature that way anymore–which is just as well.

My friends always thought I was probably raking in the big bucks because for most of my working life, I worked for computer companies. The trouble is, technical writers were always the first to go when the company needed to cut costs. After we were shown the door, the companies forced their programmers to write the documentation, and I think THAT is the main reason for the saying, “Nobody reads the documentation.” 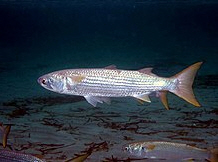 My wife and I both grew up in families that had to spend both sides of a penny. My wife always told people that one reason people in the south eat a lot of biscuits and gravy is because a meal built around that is cheap and filling. My mother grew up in the midwest, so we didn’t have biscuits all that often; what we did have was meatloaf padded out with a lot of breadcrumbs or oatmeal. We had salmon croquettes so often that I can no longer tolerate them; my wife had them often, too, and still likes them. She won’t eat meatloaf and I won’t eat croquettes.

My parents were happy that I liked seafood, so living in Florida was a good thing. I also loved (and still do) hushpuppies. They taste great, are filling, and inexpensive to make. My parents would never eat mullet, a fish most Floridians considered a baitfish.  I loved it. Still do. I suppose in the old days, people might have said, “Too poor to eat pompano, too proud to eat mullet.”

I was blessed by the Gods who knew my financial future to love a lot of cheap food. Except salmon croquettes–or crab cakes either, for the same reason (we could catch all the crabs we wanted, but then we ruined them with breadcrumbs.)

I’m not whitewashing this because being broke isn’t as much fun as it sounds even though southerners have a lot of humorous ways of describing it—like, “I was so poor I couldn’t jump over a nickel to save a dime.”