Most people don’t think so.

Yet today, many people are blogging for peace. Are these bloggers naïve or stupid? 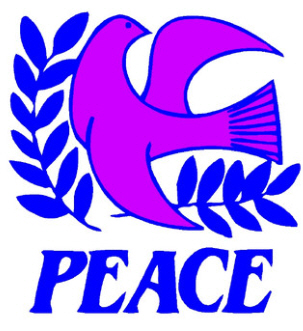 I can’t say. The pen, some say, is mightier than the sword. But, as I see it, the pen is a lot slower. If somebody points an AR-15 at me in a shooter incident and I write the words “Don’t shoot” on a piece of paper, what’s the likely result?

Perhaps those words will be found after I’m dead and perhaps they’ll turn into a viral message of sorts that will cause many people to ask themselves whether hatred is getting them anywhere and whether they really want this country to be engaged continuously in shooter incidents, or in multiple police actions around the globe with names nobody knows that are all listed as “on-going” online synopses of armed conflicts.

The average person on the street cannot get past the spider’s web of rationale for every so-called conflict or peace action, much less the words “national security” which are stamped on every bomb we drop and every missile we fire. Perhaps blogging for peace does not mean–as some protesters thought during the Vietnam War–that we should advocate singing Kumbuyah with the “bad guys” in hopes that there will be a miraculous cessation of hostilities.

Maybe blogging for peace means demanding and electing Senators, Representatives, and Presidents who are in office to carry out the aims of the people rather than carrying out their own aims. That means transparency. That means not stamping the words “national security” on everything those in power want to do and then using that designation as a rationale for invading a country or spying on our own citizens.

Maybe blogging for peace means electing a Congress composed of people who support term limits so that we don’t have an entrenched group of people who supposedly represent us but who in reality play political games. Maybe it means increasing the term of Representatives to four years so that they’re not spending our money 24/7 for their next election rather than representing us.

Maybe blogging for peace means getting the people’s power back to that those whom we elect are accountable to us rather than asking us to support their ideas and policy suggestions (that change over time).  No, direct democracy probably isn’t possible, but I do think our Senators and Representatives should do what their constituency tells them to do, not what they want to do for good or ill.

If we as a people want peace, we have to believe it’s possible. We need people in Washington, D.C. who understand that they work for us along with new legislation compels them to do so for limited terms in office. Some say we need the Second Amendment to fight against our own government if necessary. Interesting idea, but I doubt that the guns in our cabinets are much of a deterrent against an airstrike or a tank in the neighborhood. We do, however, need a stronger ammendment that limits what the federal government can do without the population’s approval. What we have now, doesn’t cut it.

I do think the Federal government is more the problem rather than the solution because we gave it the power and now we can’t control it. I can say I want peace, but then my representative votes against peace for his or her own reasons. S/he should be fired because–as we keep hearing–s/he works for me. Having a vote is not enough. It’s too slow to stop the damage.

Some said the Vietnam War changed Americans as a people. They may be right. But it didn’t change our government who just can’t stop getting involved in similar battles around the world that are wasting lives and dollars and having nothing to do with our safety as a nation. As a pacifist, I think both political parties have run amok.

If enough of us demand an accounting, perhaps one day we will get an accounting and from that, a responsive and responsible government. One thing we know for sure: if we don’t believe peace is possible, we will never have it.